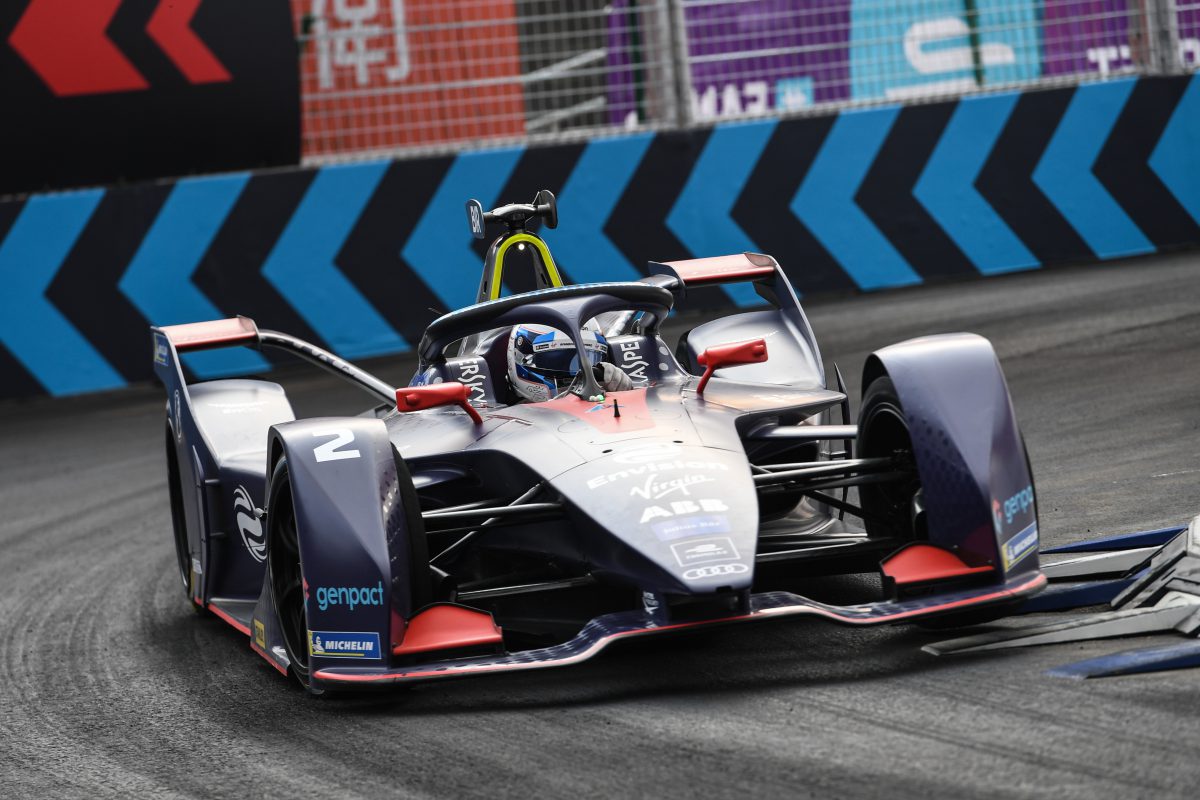 Envision Virgin Racing set up for a points finish in Sanya

Envision Virgin Racing have put themselves in a position to challenge for points after a challenging qualifying in Sanya.

Championship leader Sam Bird was out in group one and faced the worst of the track conditions, due to sand being blown from the beaches during the break between FP2 and qualifying.

The Brit struggled for grip on his flying lap and could only manage to qualify in 16th place with a 1:08.641.

Bird’s team-mate Robin Frijns, who was out in group two, also found it challenging to find grip from the 2.360km track and qualified 12th

Despite the team’s starting positions, the drivers remain optimistic that they can fight their way through the field and battle for points in the Sanya E Prix, as the race pace in practice showed a promising amount of pace within the car.

The team now have a couple of hours to prepare the cars for the race, which will start at 15:00 (local time). UK fans will be able to watch the race on the BBC Red Button or on the BBC Sport website.