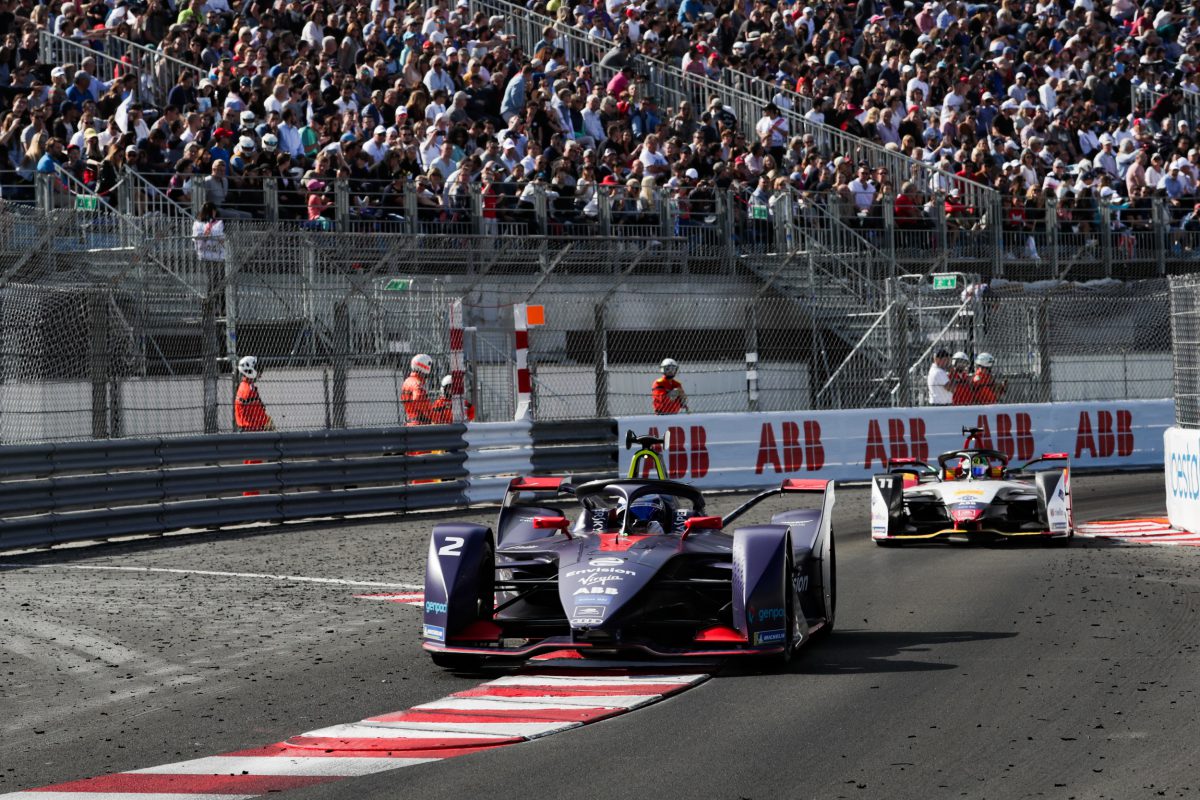 Front-running Formula E team Envision Virgin Racing are set to continue their title bid next weekend as the all-electric race series heads to Berlin for round 10.

The team, who were the first to score repeat victories this season, have remained title contenders throughout the action-packed season and currently lie in second place in the constructors’ championship, with just four rounds remaining.

Held at the former Tempelhof Airport on Saturday, 25th May, the race will be the fifth time the event has been staged in the German capital making it the only city to have featured on the calendar in every Formula E season.

Known for its high energy use and tyre wear, drivers will once again tackle a 10-turn, 2.375km purpose-built circuit, although new for this year will be the Attack Mode, located on the outside of Turn 6.

Both Envision Virgin Racing drivers – Robin Frijns and Sam Bird – will be aiming for strong results as they too continue their tight fights in the drivers’ championship, with Frijns a mere six points off top spot in third place and Bird in 10th.

Dutchman Frijns, 27, said: “The championship is really getting close now as we head into the final races, so it’s even more important to come away with a good result in Berlin. Qualifying is going to be crucial for me, but it is a track you can overtake on with long, slow corners. The Attack Mode activation zone, on the outside of Turn 6, is also going to be interesting as it looks like you come a long way off the racing line, so the time lost there could be significant. I know the whole team though has been preparing hard and I’m just looking forward to getting out on track.”

Meanwhile, British team-mate Bird, 32, said: “After the disappointment of Monaco last time out, I’m really looking forward to the Berlin event and getting a strong result. As we’ve seen in previous years, tyre wear is high due to the abrasive concrete surface, as well as energy management which is one of the highest of any track we visit. We know we have a good car though that can handle this, as well as good one-lap pace, so hopefully we can hook everything up and score well for the team.”

Supporting the drivers on race day will also be Lei Zhang, CEO of Envision Group, the team’s majority owners, as well as Chairman of the Board of Envision Virgin Racing Franz Jung. Lei Zhang said: “I’m looking forward to joining the team once again. We’ve enjoyed a fantastic season to date with two wins and five podiums already, so I know everyone is working hard to ensure a good result in Berlin as the championship nears its thrilling climax.”

Sylvain Filippi, Managing Director at Envision Virgin Racing, added: “It’s been a great season for us so far but there’s still a lot of work to be done and a lot of points still up for grabs ahead of the season finale in New York. We endured a frustrating result at the last race in Monaco, but I know everyone has put that behind them and is fully focused on Berlin and continuing our title bid.”

For this event, drivers will also have to contend with a different race start time with Saturday’s event getting underway three hours earlier at 13:00 (local time), shifting the practice sessions to Friday. UK fans can follow all the action through the BBC’s live events platform – via the BBC Sport website, BBC iPlayer and BBC red button – as well as BT Sport, together with the team’s social channels and website.