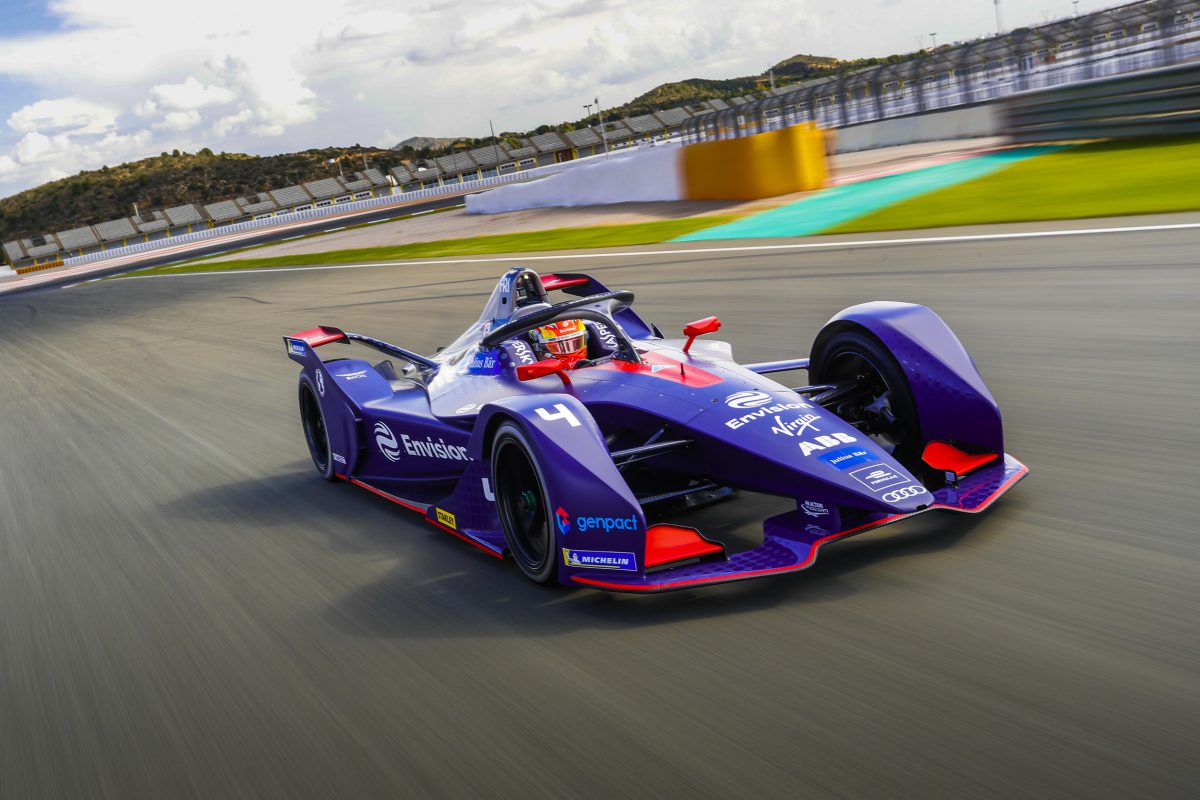 After months of preparation, the much-anticipated new season of the all-electric FIA Formula E Championship begins next weekend with the Envision Virgin Racing Team – one of the founding and most successful – ready for the challenge ahead.

Starting with the season-opener in Ad Diriyah, Saudi Arabia, on Saturday, 15 December, the series takes off on a seven-month global tour of city-centre locations, spanning a total of 12 cities across five continents. With it comes an all-new mix of teams, drivers, circuits and, most crucially, cars. The ‘Gen2 car’ boasts a completely different exterior to its predecessor – including an LED Halo – but key of all lies under the cover with a new battery unit generating almost double the energy storage (from 28 kWh to 54 kWh) and significantly more power, allowing drivers to complete a full race distance without the need to change cars.

Aside from the cars, a new race format of 45-minutes (+1 lap) means there’s likely to be more strategic variables and mixed results than ever before, together with the likes of FanBoost and the new Attack Mode, which temporarily boosts the car’s power levels from 200kw to 225kw in return for driving off the racing line.

It’s a new era and identity too for the Envision Virgin Racing Team, with majority team owner Envision Group spearheading the team’s efforts, together with a new driver line-up as Dutchman Robin Frijns joins team stalwart Sam Bird. The Briton, 31, has competed in all 45 of the team’s race starts, securing seven wins and 15 podiums along the way to him being the second highest Formula E points scorer to date. Meanwhile, Frijns 27, is making his return to the sport following two previous seasons. Both will be behind the wheel of Audi’s e-tron FE05 as they tackle the 2.494km, 21-turn circuit of the Ad Diriyah E-Prix.

“I still find it hard to believe next weekend is going to be my 46th Formula E race!” said Bird. “Having said that, I’m just as excited as I was ahead of the inaugural race in Beijing four years ago as it signals the start of the next chapter in electric racing. Since the summer, the team has been working so hard to get everything prepared for the opening race. Pre-season testing showed this series is even more competitive than ever, and with a new race format and elements like Attack Mode to contend with, it’s certainly going to be a challenge. However, it’s one the whole team is looking forward to an I know Robin and myself can’t wait to get behind the wheel and see what we can do.”

Team-mate Robin Frijns said: “It’s great to be returning to Formula E and I’m looking forward to my first race with the Envision Virgin Racing Team. We’ve just completed three days of simulator work which has gone well, and the track looks good, but for sure it’s going to be an interesting first round for everyone with so many new elements to get on top off. Either way, it should be a great spectacle for the fans.”

Sylvain Filippi, Managing Director and Chief Technology Officer at Envision Virgin Racing, said: “As a founding and one of the most successful teams in Formula E, it’s exciting to be heading into the next generation of the championship. As well as a new car and new race format, it’s also a new identity for the team with our new majority team owners Envision Group, together with a growing list of new partners and one more still to be announced. We’re all excited about the opening race and the season ahead and hope we can enjoy a strong weekend.”

The team will also be supported at races by Envision Group’s Franz Jung who added: “Season five is a very exciting time for Formula E and Envision is delighted to be a part of it. It’s been great seeing the team develop over the summer with a new car, driver line-up and sponsors. We know Formula E is extremely competitive, so we will be working our hardest to carry on our successes to date.”

The opening Formula E round is immediately followed by one of three in-season test sessions with Amna Al Qubaisi, the first Emirati female racing driver, to test for the team. The UAE-born 18-year-old is the daughter of Khaled Al Qubaisi, who made history for the UAE when he became the first Emirati to compete at the 24 Hours of Le Mans.

To watch all the action, UK fans can follow the team’s progress through the BBC’s live events platform – via the BBC Sport website, BBC iPlayer and BBC red button – as well TV Channels Quest and BT Sport, together with the team’s social channels and website.