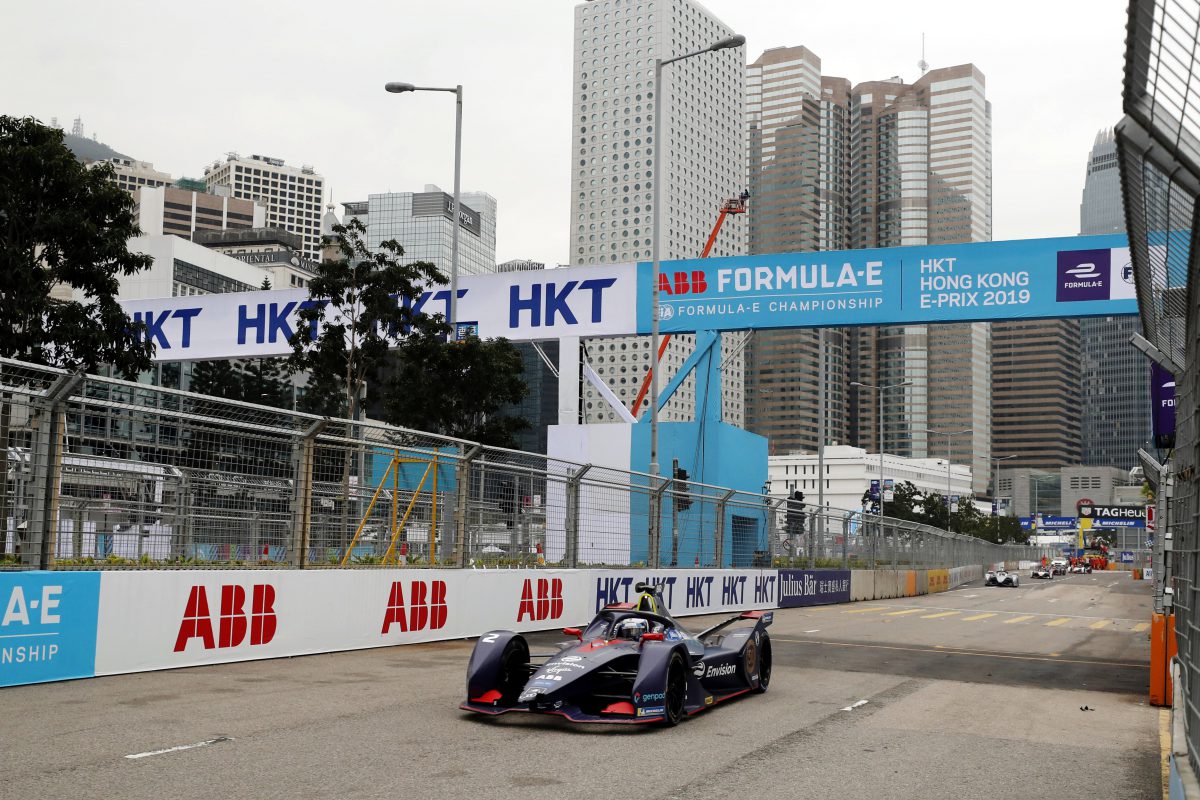 Envision Virgin Racing and Sam Bird retook the lead in both the Formula E teams’ and drivers’ championship this weekend during a frantic race at the Hong Kong E-Prix.

The 32-year-old fought his way from seventh on the grid – five of those places being gained on the opening lap alone – during a stop/start race that saw a long, nose-to-tail battle with Andre Lotterer. However, the two made contact on the penultimate lap as they battled for the lead, with Lotterer picking up a puncture as a result. The Briton went on to take the chequered flag but a post-race investigation by the stewards handed him a five-second penalty, dropping him to sixth at the final classification.

Commenting after the race, Bird, who now leads the drivers’ standings by just one point, said: “Of course, it’s a shame the race ended the way it did, but I accept the stewards’ decision regarding the incident with Andre [Lotterer]. As a team, we still came away with some good points, especially after a difficult qualifying session, and we know we have the pace to compete at the front, which gives us confidence moving forward. We’ll now just regroup, put it behind us and look to do our best at the next race in Sanya.”

Meanwhile, team-mate Robin Frijns, 27, crossed the line fourth after brilliantly working his way through the field from 10th, before being promoted to the podium position – his second in five races – following the post-race penalty and now lies sixth in the drivers’ championship.

The race, shown live in the UK on BBC 2 for the first time, was incident-packed throughout including one red flag and two safety car restarts following changeable conditions after heavy rain fell for much of the morning. The event at the Hong Kong harbourfront was also the 50th for the championship, and for the team, as well as being the first official wet race the all-electric series has ever had.

Dutchman Frijns said: “It’s been a mixed day with the ever-changing conditions and our first wet race. We got unlucky with rain in qualifying meaning I started the race in P10 but having multiple safety cars and using my Attack Mode to good effect, allowed me to make my way forward. The team have once again scored some valuable points this weekend so that’s a real positive to take into the next race.”

Sylvain Filippi, Managing Director at the team, said: “This is not the race result any of us wanted. Anyone who knows Sam, knows he is a fair driver and Andre’s puncture was an unfortunate outcome of a great battle for the lead. We accepted the penalty when it was delivered by the FIA Stewards. Of course, it is costly to us, but we now look forward to the next races, where I am sure the fans will enjoy a lot more close racing. Yet again, we’ve shown we have two great drivers who are able to make their way through the field. To be leading both championships is testament to our pace and my thanks goes to the entire team for their hard work and all our partners for their continued support.”

Envision Group’s Franz Jung and Chairman of the Board, who was on site to support the team, added: “The team, as always, put in a lot of hard work and preparation ahead of this weekend so it’s great to come away leading both championships, especially as an independent team. We’re now looking forward to our next home race in Sanya in two weeks’ time.”

Envision Virgin Racing now lead the teams’ standings by 11 points ahead of the sixth round of the ABB FIA Formula E Championship which takes place on March 23rd in Sanya, China.