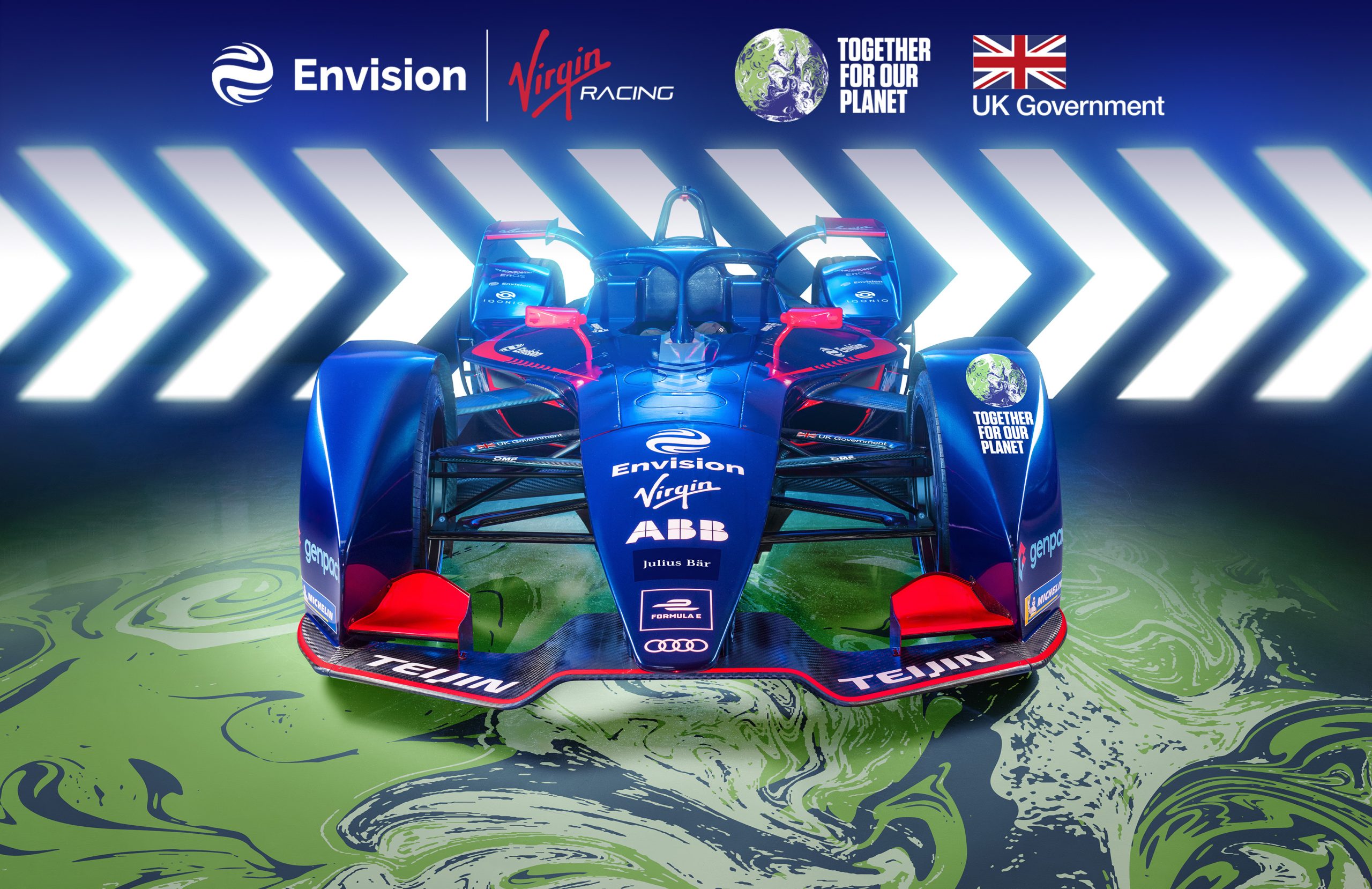 Leading motorsport team Envision Racing has today partnered with the Together for Our Planet campaign to encourage global action against climate change ahead of COP26.

The team, currently the only carbon neutral team in the electric Formula E race series, are also aiming to encourage the acceleration to zero emission vehicles for all road users.

The team’s two fully-electric race cars – capable of speeds of more than 150mph – will carry the ‘Together for Our Planet’ and UK Government branding as it competes this season, beginning next month in Diriyah and scheduled to conclude in London later this year.

The Silverstone-based outfit, owned by world leading greentech company Envision Group, will be working with the government campaign in the run up to the COP26 UN Climate Change Conference in November. The UK is hosting COP26 in partnership with Italy, bringing together world leaders to commit to urgent climate action.

One of the key themes of this year’s COP conference, held in Glasgow from November 1-12, is to accelerate the transition to electric vehicles (EVs) and the UK Government’s own pledge to decarbonise transport and reach net zero carbon emissions by 2050. Central to this is the phase out date for new petrol and diesel cars and vans, which the government has brought forward from 2040 to 2030. This will ultimately see all new cars and vans being fully zero emission at the tailpipe from 2030.

To aid this transition and help inspire positive climate action around the world, Envision Racing will be partnering with COP26’s Together for Our Planet campaign on several key initiatives across the year under the race team’s ‘Race Against Climate Change’ sustainability programme. These include a series of digital events in the run up to COP26, a children’s competition to design an environmentally inspired race suit to be worn by the team’s drivers, plus activities at the Formula E race locations around the world.

Alok Sharma, COP26 President Designate, said: “I am delighted Envision Racing are taking the Together for Our Planet campaign ‘on tour’ and inspiring people around the world to take urgent climate action ahead of COP26.

“We know that electric vehicles are greener, cleaner, and better for the planet. To meet the targets of the Paris Climate Agreement, we need to clean up the air we breathe by doubling the pace of transition to zero emission vehicles.”
– Alok Sharma, COP26 President Designate

Envision Racing’s Managing Director Sylvain Filippi commented: “Envision Racing, Formula E and the UK Government are all at the forefront of the EV revolution, especially with so many personnel, vehicles and infrastructure based and built right here in the UK. As such, we are honoured to be joining forces with what is the most important climate event of the year and playing a pivotal role in encouraging motorists to make the switch and, more importantly, tackle climate change before it is too late. 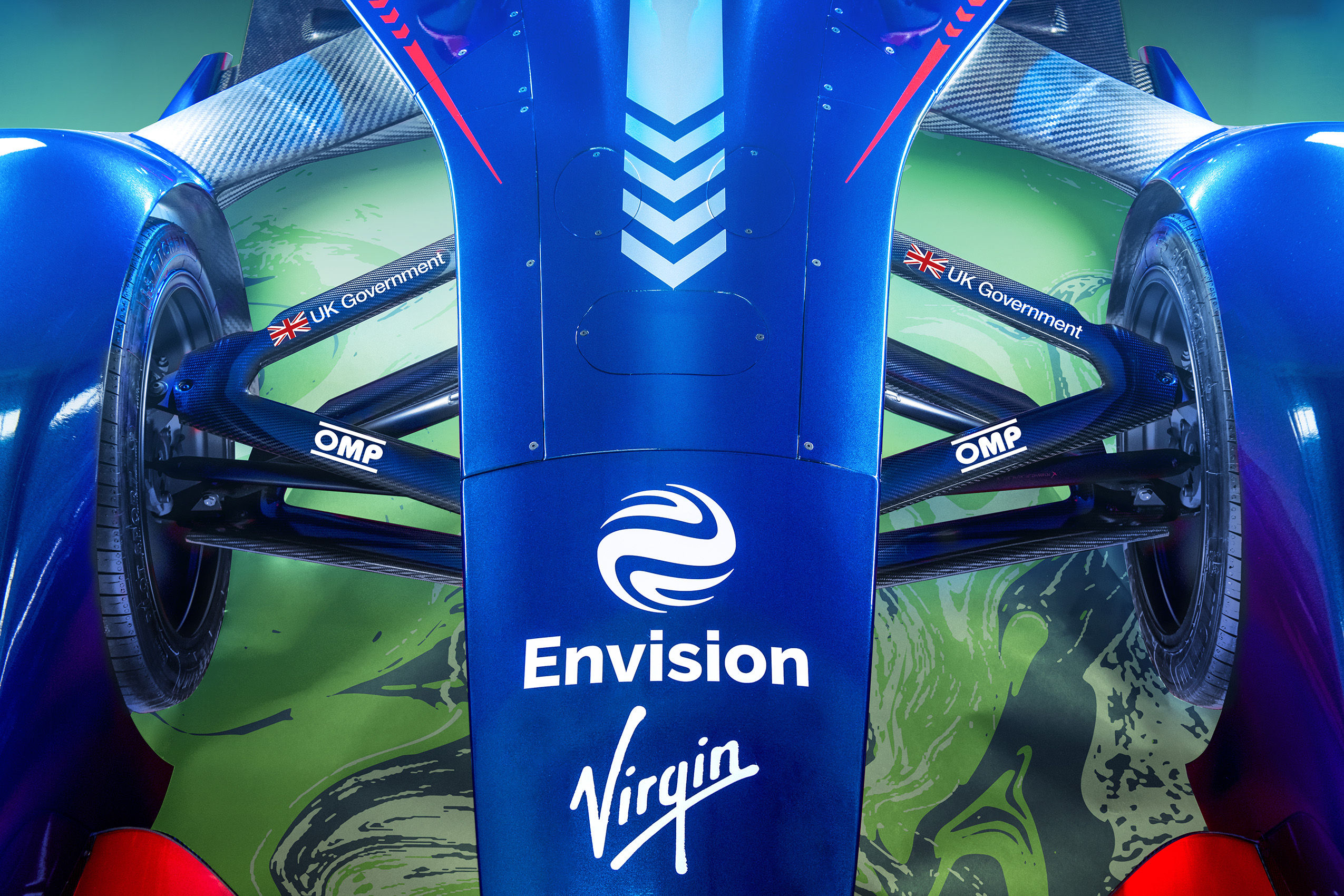 “Through the exciting platform of motorsport, we’re able to showcase the true potential of electric vehicles as we compete in cities across the globe, developing innovative technology that will filter from the track to the road and accelerating the adoption of EVs.”
– Sylvain Filippi, Managing Director of Envision Racing

He added: “Now, after just a few seasons of competition, we are seeing the impact of this with global EV sales rising from 330,000 from when the championship first began to 2.17million in 2019. Even during the bleakest of economic times, sales rose 185% last year in the UK alone and EVs have outsold petrol and diesel cars in Norway, for example, showing that EVs are about to become mainstream and play a key role in reducing carbon emissions.”

As the owner of the team, Envision Group’s pioneering innovation work in areas such as smart wind technology, battery development and AIoT infrastructure has seen it earn an array of sustainability credentials, including being the first company in mainland China to commit to 100% renewable electricity by 2025.

Franz Jung, Vice President of Envision Group and Chairman of the Board at Envision Racing, added: “As with Envision Group, the team has sustainability running through its DNA, so we are fully supportive of this initiative. As well as being certified carbon neutral, we were also the first motorsport team to sign the UN’s Framework Convention on Climate Change and are one of just a handful of teams to have achieved the FIA’s [governing sporting body] three-star environmental accreditation.”

For more information on COP26 and Together for Our Planet, visit www.together-for-our-planet.ukcop26.org, or for further details on the Envision Racing Formula E Team go to www.envision-racing.com