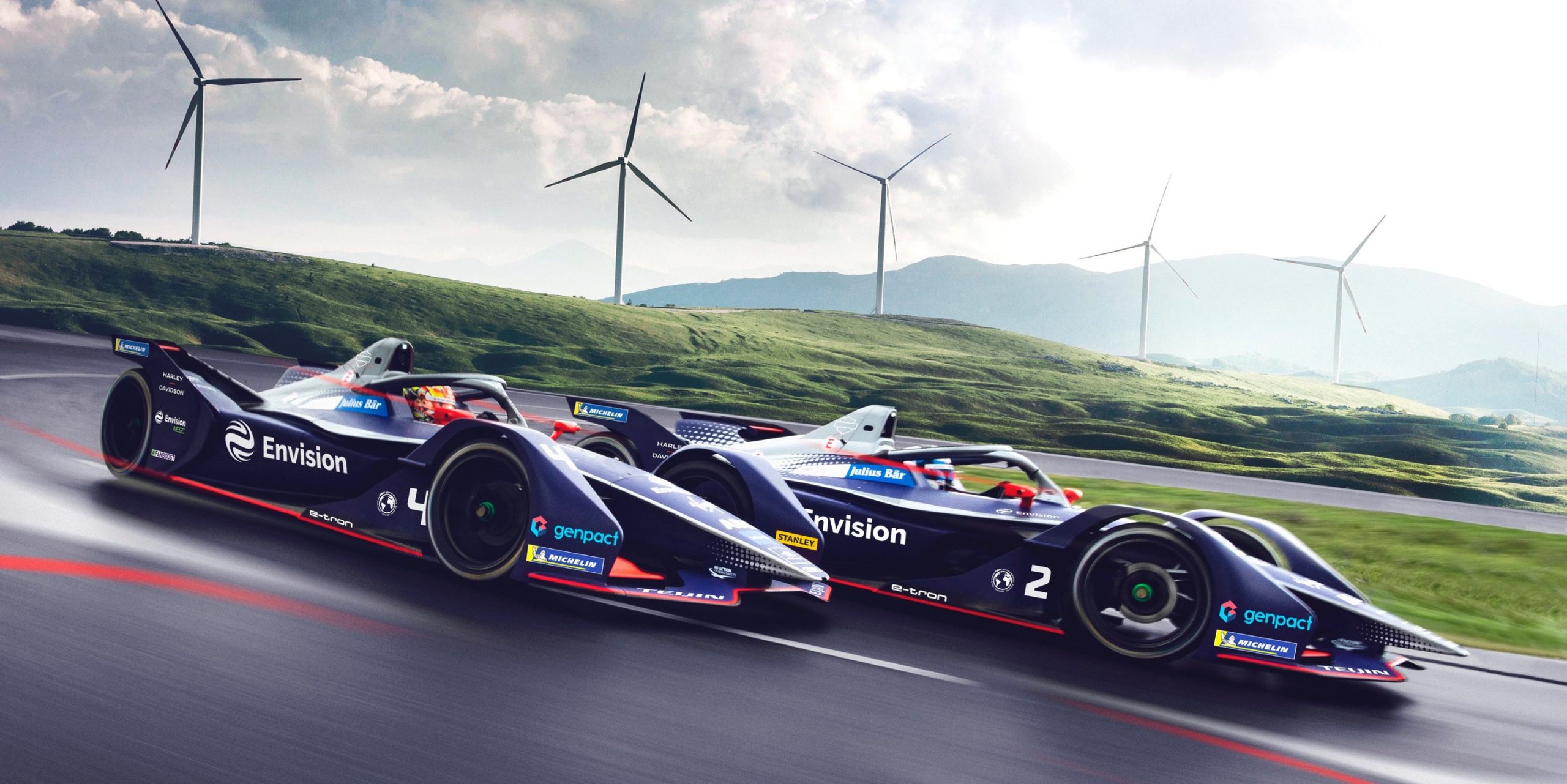 ENVISION VIRGIN RACING OFFICIALLY THE ‘GREENEST TEAM ON THE GRID’

Envision Virgin Racing has today been certified carbon neutral by the Carbon Trust, becoming the first team in the series to achieve such a status and making it the ‘greenest team on the greenest grid’.

The PAS 2060 carbon neutrality achievement covers the team’s operational facilities in Silverstone and London, as well as its race and business travel for up to 40 personnel.

The announcement, held to coincide with Formula E’s return to racing, was made during the team’s ‘Race Against Climate Change Live’ summit – featuring speakers such as actor and UN Ambassador Aidan Gallagher, Professor Michael E. Mann and footballer Héctor Bellerín – just one of a number of sustainability initiatives the team oversees. Others include 100% use of renewable energy, the installation of EV charging points at its Silverstone headquarters, recycling 69% of its total waste, implementing a staff bike-to-work scheme and zero tolerance on the use of single-use plastics and red meat at events.

Jennifer Babington, Operations Director at Envision Virgin Racing, said: “Given there are just a handful of sports teams to have achieved this accolade – and even fewer motorsport teams – I know every single staff member is immensely proud of our achievement. We’ve long been regarded as more than just a race team, using our platform to raise awareness of climate change, but we wanted to practice what we preached, as well as to show – and call upon other teams – to follow suit and prove how sport and sustainability can co-exist.

“It’s taken a lot of hard work to gain our carbon neutral status, and will to maintain it, one we couldn’t have done without the support of all our like-minded partners, in particular Genpact who helped us streamline and digitise our data collection.”

She added: “Of course, where we’ve been unable to reduce our carbon footprint in the first instance we’ve implemented carbon offsetting, but only VERRA approved schemes such as the Kenya-based Aqua Clara Water Filter Scheme, which enables communities to purify water rather than boiling it, cutting 2.4 million tonnes of CO2 emissions annually.”

Established in 2001, the Carbon Trust is a world-leading organisation that works with businesses, governments and institutions globally to help them contribute to, and benefit from, a more sustainable future through carbon reduction, resource efficiency strategies, and commercialising low carbon businesses, systems and technologies.

John Newton, Associate Director at the Carbon Trust, commented: “Envision Virgin Racing first started working with the Carbon Trust at the beginning of season four [2017] and has now taken the appropriate measures to have its own operations certified carbon neutral for all seasons since then. This has been strengthened by a commitment to ensure it will maintain this status going forward. The influence a sports team has in this space should never be underestimated and by demonstrating their own action on sustainability they can inspire others, whether businesses or fans, to also take action.”