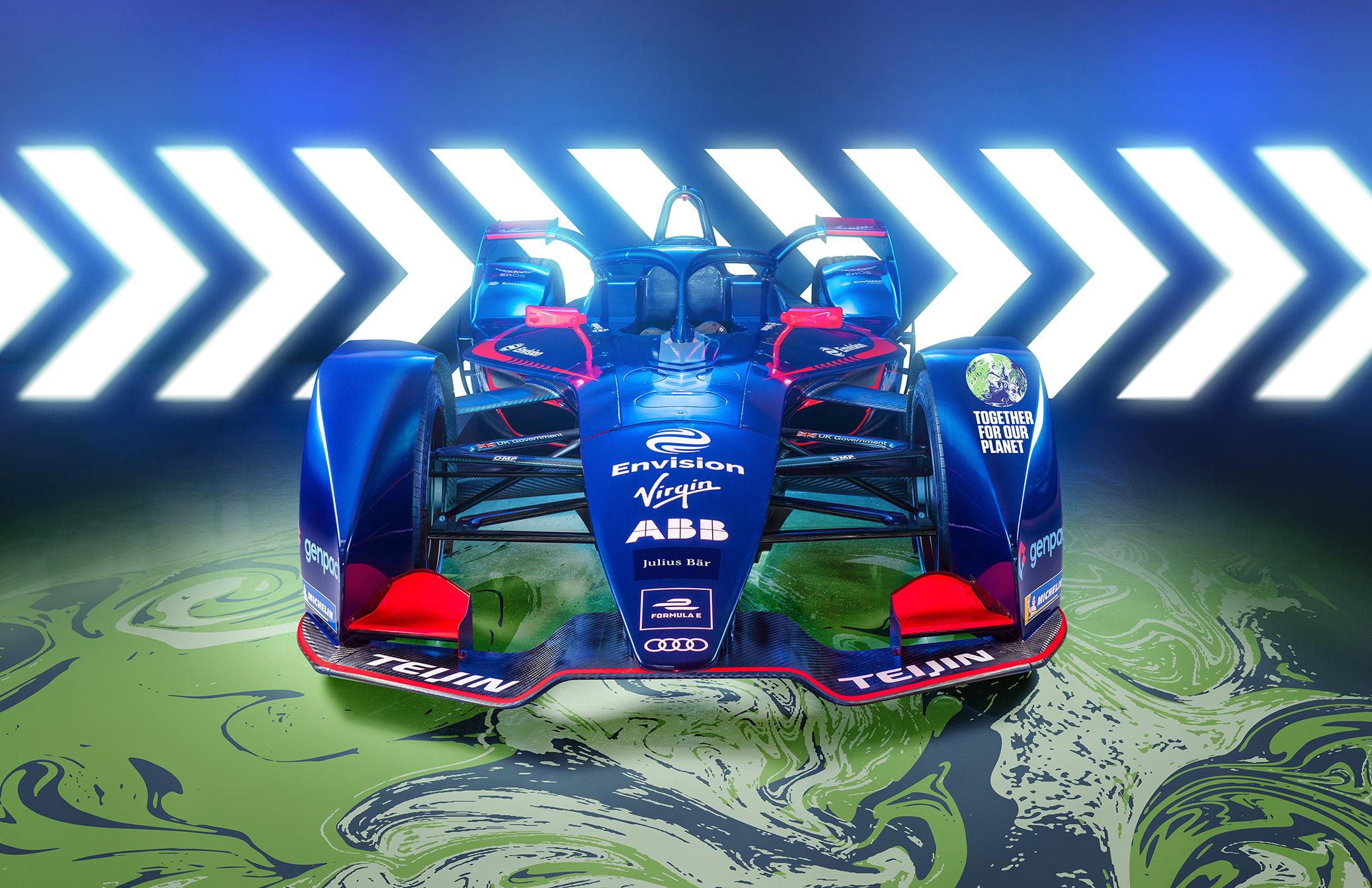 The Envision Racing Formula E Team has been confirmed as an exhibitor at the UN conference which will bring together world leaders to commit to urgent climate action.
The motorsport team – which has been working with the Together for Our Planet campaign on the road to COP26 – is the only sports team to have a presence in both zones at the event.

Envision Racing has teamed up with COP26 to encourage global action against climate change. The event – which is taking place at the Scottish Event Campus (SEC) in Glasgow – will welcome world leaders, businesses, and citizens from 31 October – 12 November.

Envision Racing’s Managing Director and Chief Technology Officer Sylvain Filippi said: “As the world’s attention is on Glasgow, we are reminded that we have a global platform to showcase the true potential of electric vehicles as we compete in cities across the world. Our innovative technology will transition from track to road as EVs are widely adopted and we believe that electric mobility is at the heart of the environmental transition we are witnessing today.

“However, the issue of climate change is not a spectator sport and we each have a role to play. To achieve UN goals, we need to act as individuals, businesses and governments. Therefore, we will be announcing a range of initiatives around COP26, partnering with school children, campaigners, policymakers, communities and industry as we seek to engage, motivate and enable audiences to address climate change before it is too late.”
– Sylvain Filippi

The team will be located with exhibits in the Green and Blue Zones and will lead a series of initiatives across the event and city to engage and inspire positive climate change action. The Green Zone’s main atrium will provide the fitting stage for Envision Racing to unveil its Season 8 Formula E car for the first time. The Green Zone is open to the public and on Level 1, attendees will get the chance to put their own driving skills to the test as they record their fastest virtual Formula E lap on the team’s state-of-the-art racing simulator.

In the Blue Zone, which brings together delegations from 197 countries and hosts the negotiations, the team will be showcasing pioneering new battery technology by displaying its British-designed and manufactured two-seater electric race car in association Johnson Matthey – a world first. Here, Envision Racing will also challenge the issue of plastic consumer waste in a collaboration with Glasgow City Council and the ‘Together for Our Planet’ campaign, which has culminated in the creation of a Formula E race car made entirely from plastic waste. The plastic waste car will be displayed from 1-7 November at Glasgow’s Silverburn shopping centre to engage the local community before being unveiled in the Blue Zone on the COP26 Transport Day (10 November).

Using the exciting platform of Formula E and the team’s ‘Race Against Climate Change’ sustainability programme, the Envision Racing team aims to inspire generations to tackle climate change. The team will accelerate the UK’s transition to electric vehicles and support UK government targets around decarbonisation and achieving net zero by 2050.