CONSISTENT PERFORMANCE FROM THE TEAM IN FIRST BERLIN QUALIFYING

As ambient temperatures continue to rise, today’s qualifying marks the first of six shootouts over the next nine days and the first of two on the reverse Tempelhof circuit.

Sam Bird headed out in Group 2 and Robin Frijns followed in Group 3 and unlike other street circuits that Formula E races at, track evolution plays less of a role here in Berlin so the advantage of being in a later group is minimalised.

All cars headed out of the garage together for Group 2, with Sam Bird in the middle of the pack and setting a steady lap – ending the group in P6 and currently sitting in a Superpole position. 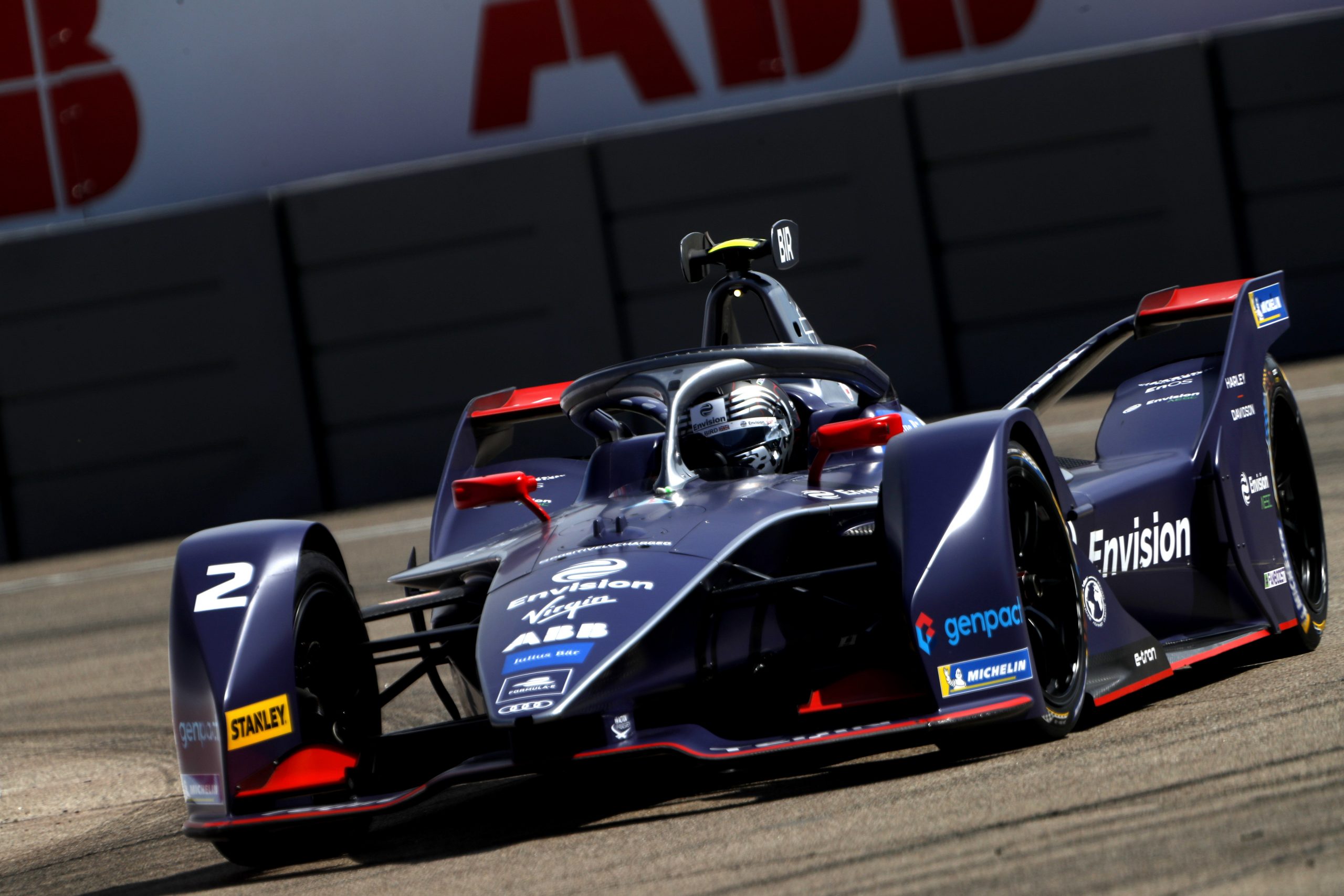 Dutchman Frijns then headed out at the end of Group 3 to set his full-power qualifying lap, having struggled with the car earlier in the day. Feeling more confident with the set-up Frijns placed P11 overall and Bird was knocked out of a Superpole position by the group.

Group 4 saw no drivers bettering the already set times so Bird finished qualifying in P7 and Frijns in P11, but will start the race from P10 following a penalty for Oliver Rowland.