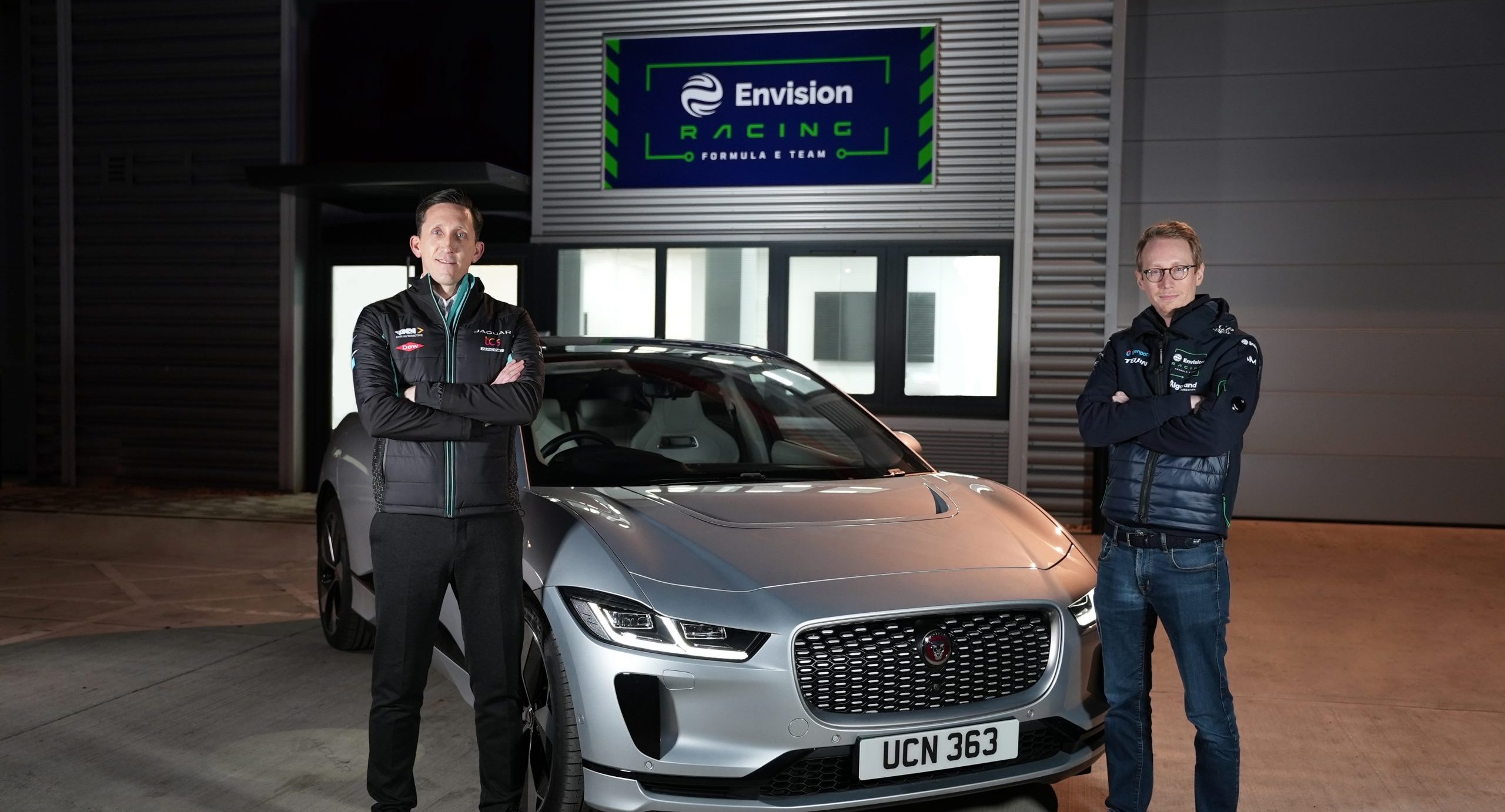 • Two of Formula E’s most successful teams will join forces in the 2022/23 season – as Envision Racing commits to the future of the sport’s exciting Gen3 era
• The two British-based teams share a passion to deliver on track success through collaborative working
• Jaguar and its factory race team Jaguar TCS Racing will supply Envision Racing with its new Gen3 powertrain technology
• The two brands share common values, collaborating to create a sustainable future through sport

Envision Racing and Jaguar TCS Racing have announced a new multi-year customer supply relationship which will start at the launch of the 2022/23 ABB FIA Formula E World Championship season. 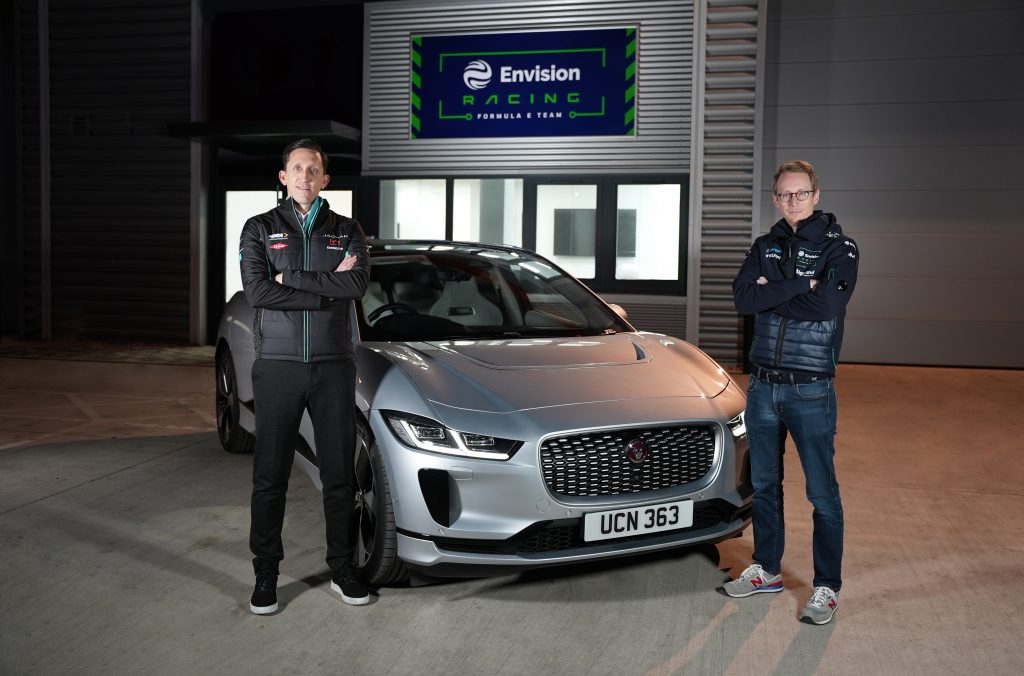 The agreement will see the two British-based teams join forces for Formula E’s highly-anticipated Gen3 era and the introduction of the sport’s third-generation all-electric racing car – which will set the benchmark for sustainability in high-performance vehicles.

This announcement comes as the interest in Formula E is at an all-time high with record-breaking global TV audiences in Season 7, increasing its cumulative audience to more than 300 million. Combined with expanding race calendar, new manufacturer in Maserati, the team is also generating record commercial revenues.

Together, the teams have amassed 15 wins and more than 40 podiums between them so collaborating and sharing technical expertise from both camps is set to be a winning formula. As the sport continues to grow its reach, the impact of the technology developed is leading the way for the future of clean mobility from the track to the road.

Jaguar, a global leader in the manufacturing of luxury electric vehicles, will supply Envision Racing with its new high voltage electric motor, inverter, transmission, cooling system, casing and suspension. Envision Racing secured its first choice with Jaguar after identifying the manufacturer as its ideal partner, because of its innovation and a shared ambition to accelerate the transition to zero emission vehicles. 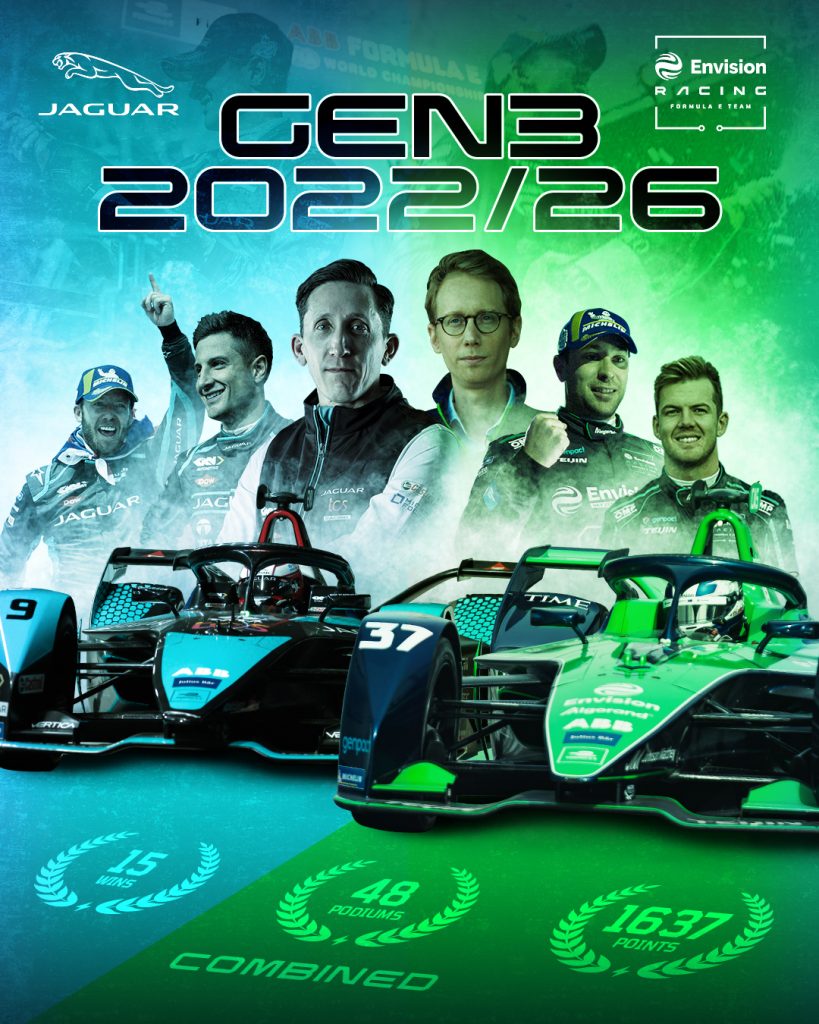 Sylvain Filippi, Managing Director and CTO at Envision Racing said: “Jaguar and their factory team have been one of our fiercest competitors in Formula E since they joined the Championship in 2016. The team’s advanced powertrain technology and overall commitment to its Formula E programme made them the most attractive option to us.

“Formula E is one of the fastest growing sports in the world, inspiring and exciting the next generation of motorsport fans in cities across the globe. But more exciting is the fact it is arguably the most collaborative sport in the world because we recognise the role that we can play in solving one of the biggest problems of our time in the race against climate change.”

The two organisations share a firm commitment to a sustainable future through Jaguar Land Rover’s Reimagine strategy and Envision Racing’s Race Against Climate Change programme. This announcement follows Envision Racing’s COP26 campaign which unequivocally set a new standard in sport, leading the way for sustainability in the sports industry through its involvement in the global climate summit. The team elevated the issue of climate change in an inspiring, educational, and exciting way and demonstrated the overwhelming impact Formula E and motorsport will have on the transition to clean mobility.

James Barclay, Managing Director at Jaguar Land Rover Motorsport: “I am proud to announce that we will supply Envision Racing with our Jaguar powertrain in Gen3. They are one of the most competitive teams in Formula E and it’s an honour that they were set on using our powertrain technology in this new era of FIA Formula E. We look forward to working and achieving further successes together in the future. I have a huge amount of respect for Sylvain and his team – they are the perfect fit for Jaguar. We are both fully committed to Formula E. The Gen3 era of racing is going to push the boundaries of electric vehicle technology in a high-performance racing environment.

“Envision Racing will be able to optimise their own software for the powertrain so we remain rivals on track. However, we race to innovate together and I’m excited to see four Jaguar powered Formula E race cars line up on the grid alongside each other next season.”

Franz Jung, Vice President of Envision Group and Chairman of the Board of Envision Racing Formula E team, concluded: “Today’s announcement marks the start of an incredibly exciting new era for Envision Racing. As each partnership like this is forged, we all take huge steps forward in reaching ambitious net zero goals. I look forward to seeing what the teams achieve as a combined force for good.”