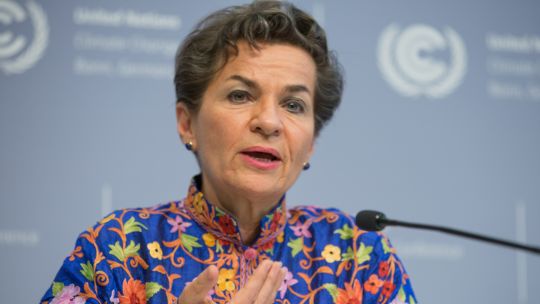 Christiana Figueres, one of the world authorities on global climate change, has today been confirmed to take part in the Virgin Racing Innovation Summit in Paris.

Taking place a few hours ahead of the Formula E Paris E-Prix on April 28, the former UN Executive Secretary will make a keynote speech at the event, entitled; ‘How electric is the road to a two-degree world’ in reference to limiting global warming caused by greenhouse gasses.

Christiana will then join the likes of Virgin Founder Richard Branson and other industry leaders – to be revealed later this week – on the Summit’s panellists as they address the ever-growing problem of climate change in what is expected to be a thought-provoking and insightful debate.

Figueres is perhaps best known for bringing together national and subnational governments, corporations and activists, financial institutions and communities of faith, think tanks and technology providers, NGOs and parliamentarians, to jointly deliver the historic Paris Agreement on climate change.

In addition to Christiana’s remarkable diplomatic achievements over the past 20 years, she has also served as Director of Renewable Energy in the Americas (REIA) and founded the non-profit Centre for Sustainable Development of the Americas (CSDA), which she directed for eight years.

The Innovation Summit will take place at 09:00 GMT / 10:00 CET on the race day of the Paris E-Prix and be live streamed on the Virgin Racing Facebook channel, as well as on Virgin.com.