Following yesterday’s Marrakesh E-Prix, in which the Envision Virgin Racing team finished in the points, today has seen Nick Cassidy and Alice Powell take to the wheel of the team’s Gen2 car for the official Formula E rookie test.

As the only in-season test for the season, the team were looking to capitalise on the additional running as an independent team. New Zealander Cassidy showed strong pace in both sessions, placing third in the morning session and then topping the timing sheets in the afternoon and setting the fastest time of the weekend (1:16.467). 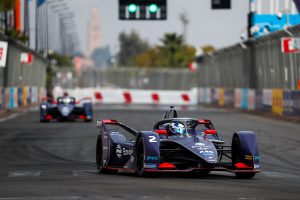 Meanwhile, Dare To Be Different Ambassador, Alice Powell drove consistently throughout the day but was hindered by traffic in her afternoon running and ended with a combined time of (1:18.301).

It’s been great to finally step into the car and I’ve learnt a huge amount from the test today in Marrakesh. It’s a lot different to my previous experience but I felt we had a great test programme and I hope that I’ve managed to help the team with what they were wanting to achieve. The car had great pace and to come away with the fastest time ever at the Marrakesh circuit is an awesome feeling too.

Briton, Powell said: “This whole weekend has been great, I’ve loved being embedded into the Envision Virgin Racing team and everyone has made me feel so welcome. The car felt good today and it’s been exciting getting to grips with it – it’s very different to everything I’ve driven before. My afternoon session was a bit frustrating, as I was caught up in traffic, and I feel like I could’ve been further up the timings sheet but it was a great experience none-the-less. I want to say a huge thanks to the team for the opportunity, it’s been incredible.”

Next up is the sixth round of the ABB FIA Formula E Championship which will be held in Rome on Saturday, 4 April. 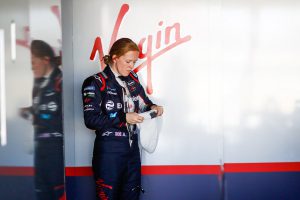