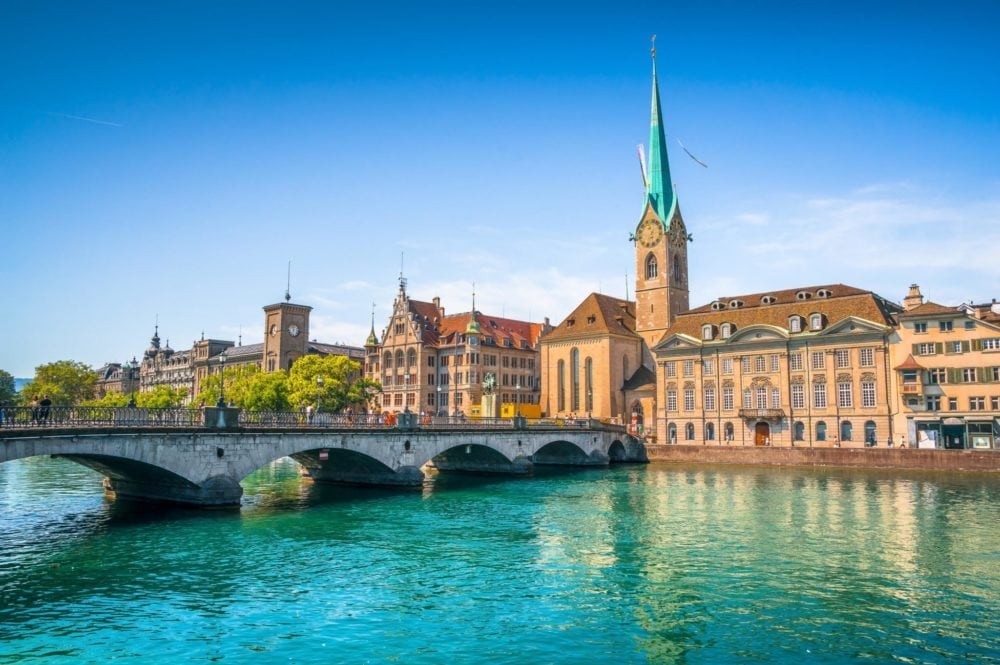 BLOG: WHY ZURICH IS THE MOST SUSTAINABLE CITY ON EARTH

Tomorrow, Formula E will once again make history by racing in a city previously almost alienate to motorsport. For the first time in more than 60 years, circuit racing will return to the Swiss city after it was outlawed, with the last event taking place at Bremgarten circuit in 1954.

However, a law change in 2015 lifted restrictions on fully-electric racing and, as such, paved the way for Sunday’s Zurich E-Prix.

And, there really couldn’t be a more apt city to showcase sustainable racing with Zurich widely regarded as the most sustainable city on the planet.

Bold clams? Well, according to a 2016 study by Dutch engineering firm Arcadis, Zurich topped a list of the most sustainable cities in the world. Known for its high quality of life, popular public transit system, and thriving finance industry, the report measured three key areas of; social, environmental and economic. The study factored in everything from the life expectancy of residents to housing costs, energy consumption, sanitation, tourism, and GDP.

The report cited Zurich’s ambitious green energy goal of using just 2000 watts per person by 2050. In addition, the city’s investments in sustainable energy sources and energy efficiency were key to its placement on the list. As a global financial centre, Zurich was also high on the rankings for both economic success and the quality of life of its residents.

So, what exactly makes this city so green? Well, firstly, Switzerland is a nation of recyclers. Swiss citizens are champions when it boils down to recycling – and 94% of old glass and 81% of PET containers make their way to special collection points instead of household bins.
Then there’s the increase in ‘tree-land’. A 125 years of legislation has ensured that 30% of Switzerland’s surface is made up of forests and woodlands, helping to sink CO2 levels.

Next is the country’s high use of sustainable mobility and public transport. Commuter trams, cycling, walking, together with mountain biking, skating and canoeing are all heavily promoted. Some of the dedicated cycle and walking networks cover almost 20,000km of Swiss soil and is perfectly coordinated with public transport to ensure seamless travels.

Switzerland also places high emphasis on enhancing and maintaining its parks, entitled ‘Parks of National Significance’. The 18 parks in operation or planned cover a 610,900 hectare-area, correspond to 14.8% of Switzerland’s surface.

Now, with the addition of an all-electric race, its easy to see why Zurich holds the green credentials it does and we, for one, are very happy to be racing here.

Have you signed our Race Against Climate Change initiative? Be sure to do so here.