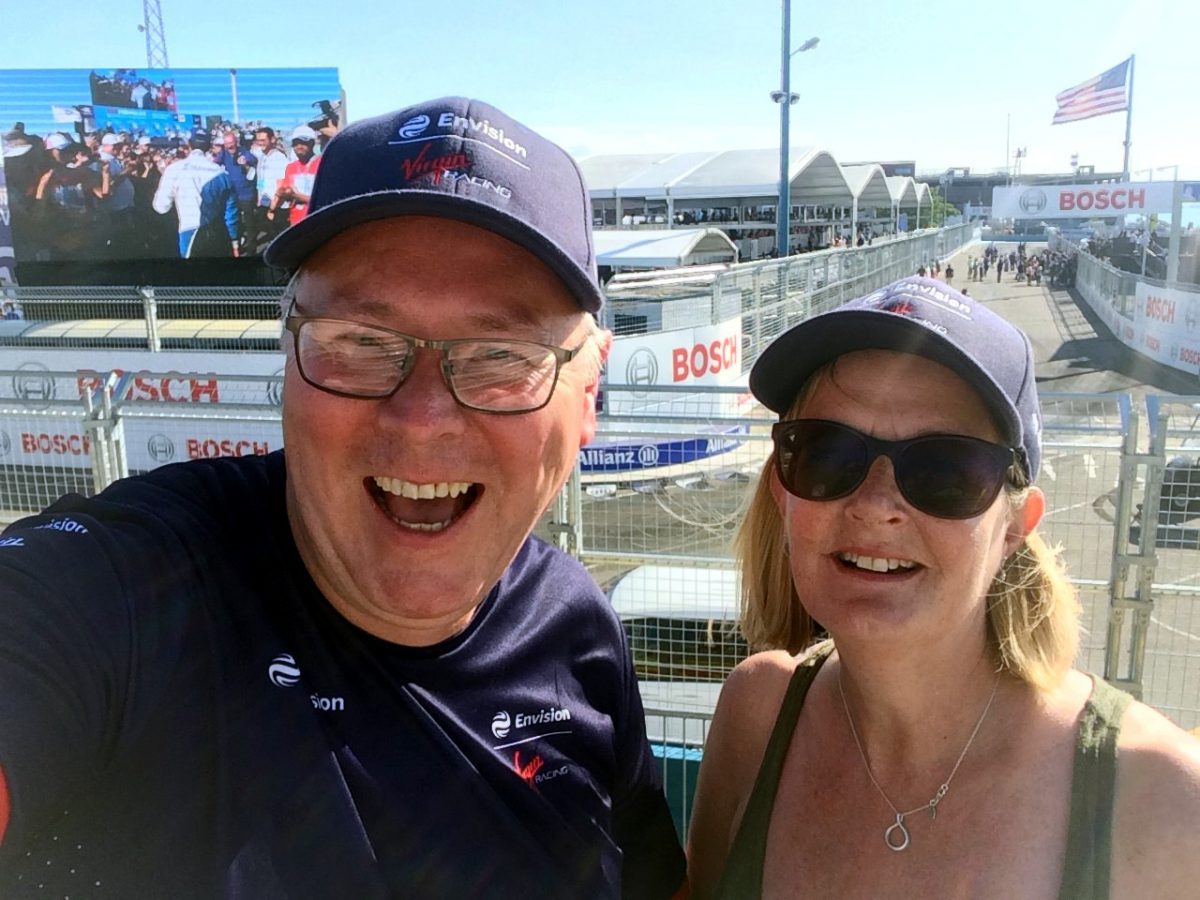 BLOG: “I’M TRULY HONOURED TO HAVE BEEN CHOSEN AS THE TEAM’S SUPERFAN”

In June this year, during a family holiday to Ibiza, Andy Holding posted one, single tweet to his Twitter channel. A little over a month later, he and his wife Kathryn were jetting off to the Big Apple on an all-expenses paid trip to New York City, courtesy of Envision Virgin Racing.

Why? Well that’s because Andy had won the team’s season long Superfan competition in which Envision Virgin Racing searched for their ultimate fan, with the reward to join them for the Formula E season finale and a once-in-a-lifetime experience. 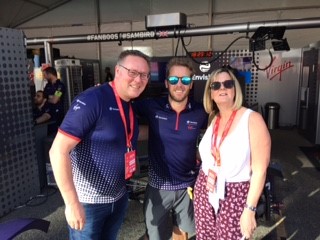 Andy, an engineer from Wantage in Oxfordshire, has been life-long fan of Formula E and the team, stretching back to season one when he cheered Sam Bird to home victory at the London E-Prix at Battersea Park. Since then he’s been an avid follow of the team and regular interacts across the team’s social media platforms.

The dynamics of the competition itself involved fans submitting any social post that showed why they should be awarded the title of the Envision Virgin Racing Superfan. Taking time out of a family holiday, Andy built scale-replicas in sand of the team’s race car whilst on a trip to the beach. And, when someone is prepared to give up their holiday time for us then we had little choice but to award Andy the honours! 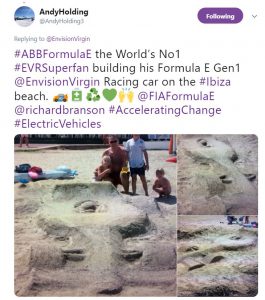 Stepping aboard a Virgin Atlantic direct flight to JFK, Andy and Kathryn were transferred to their hotel by a personalised team chauffeur upon arrival in New York. Once checked in, awaiting them were two goodie bags containing the likes of spending money, race tickets and special paddock access, merchandise, signed autograph cards from drivers Sam Bird and Robin Frijns, plus a City Pass ticket to enjoy many of NYC’s tourist attractions – all for free. 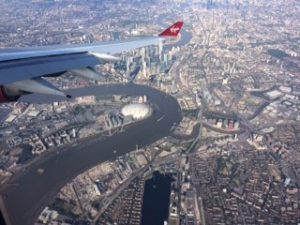 After freshening up, the pair headed to the Formula E paddock where they hung out in the team’s garage meeting everyone – and we do mean everyone – as well as seeing the team’s car up close. Andy and Kathryn then spent the weekend enjoying all the sights and sounds of the NYC E-Prix and its fanzone (E-Village), including watching Robin take victory in race two, before soaking up the wonders of NYC. Then, sadly, it was time to head home. 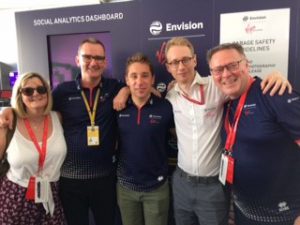 “We just wanted to say a huge ‘thank you’ to everyone from the Envision Virgin Racing Team in making our weekend in NYC so special,” wrote Andy in an email to the team afterwards. “I’m truly honoured to have been the team’s Superfan.

“For me, the most memorable moment was when Robin and Sam came home in P1 and P4 respectively, which secured P3 in the constructors’ championship beating several big spending outfits such as Jaguar, Nissan and BMW to name a few. You should be proud of your achievement.” [For the record, we honestly didn’t ask him to say this!]

“Kathryn and I had such an enjoyable time and we didn’t want the Formula E party to end.” 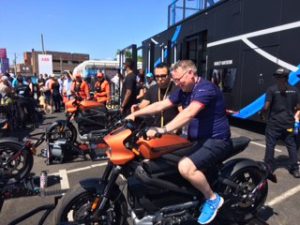 Andy continued: “Away from the track we made the best possible use of the City Passes and visited the Top of the Rock, the Empire State Building and had a river cruise to the Statue of Liberty, all of which were fantastic. We are already looking forward to season six and we cannot wait for the double header in London next year, where we’ll be there to cheer on Envision Virgin Racing.

“Once again thank you to everyone for looking after us so well during your hectic schedule, it’s really appreciated.”

So, there you have it; one happy Superfan! And, of course, a big thank you to ALL our fans this season for making what we do all worth it. 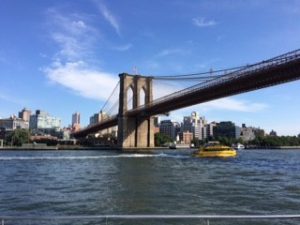