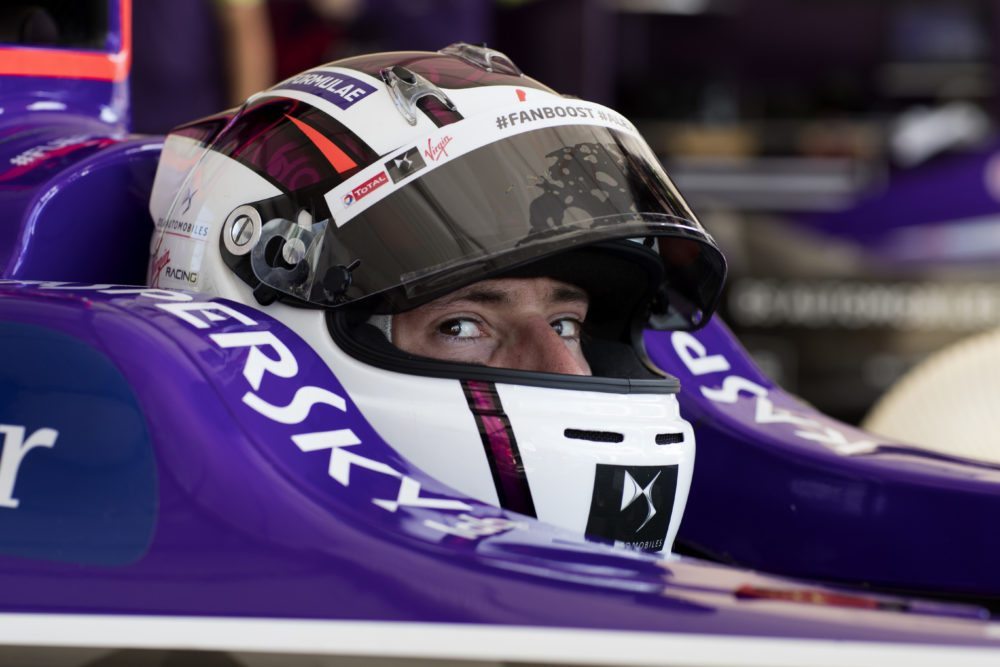 In general, the Uruguayan round of the FIA Formula E Championship was another strong one for me. I was second in qualifying and I finished sixth in the race, where I just did what I could. So we’ve got to be pleased with that. It was my best result yet in Formula E in my first full season with Virgin Racing, and that’s good because we’re making improvements all the time. It’s important to get good, strong points, make another Superpole appearance, and to be doing that on a consistent basis.

This was my first taste of the Punta del Este circuit, and it was looking good for us from the start of free practice. I was fourth quickest in the first session and, although I only finished the second in a midfield position, that was because of traffic, which is a big problem at this track. I just didn’t get a clean run in FP2, but I felt confident with the pace we had in the car.

I was in the second group of five runners for qualifying. You don’t usually want to run in the first, because the track tends to be a bit dirtier, and it’s only the fastest five overall who go through to Superpole. I managed to put in a strong lap to top my qualifying group – I was really happy with it, and it was a big improvement from FP2. More importantly, it was fourth quickest overall so I made it into Superpole for the second race in succession.

My Superpole lap put me second, and I was very pleased with that. What was even more satisfying was that it was very close to my lap time from the group qualifying stage, which is difficult in Formula E because you can’t adjust the tyre pressures between runs. But then things got a bit weird, and there were lots of shenanigans going on. Basically, the top four from Superpole were all penalised, including me, because I hit the bollard at the back chicane and that counted as a track-limits offence. I just don’t view that as a track-limits thing – it’s not fast to smash a bollard, as I proved by breaking my front wing! It’s a bit of a grey area, and it was a shame, but I have to accept it.

With all the penalties flying around that meant I started third on the grid, which I thought would be better than second anyway, because it put me on the cleaner side of the track. The circuit is right next to the Atlantic Ocean, and loads of sand blows onto the track off the beach, and the ‘even-numbered’ side of the grid just doesn’t get any driving on it. We could tell that right from the start of free practice.

Sure enough, I did get a better start than Lucas di Grassi, who started second, but it wasn’t quite enough to get past him. That meant I was chasing Jean-Eric Vergne and di Grassi, and it was quite a calm opening sequence of the race – out of the danger zone behind! I was happy in third place, and the main thing was to try and make it to the pit stops in that position. But then we began battling a bit of an overheating issue, which affected me in both my cars and had quite an impact on my pace. It led to a lack of speed in the last few laps in both stints, and Daniel Abt got past me just before the stops.

I lost another place to my team-mate Sam Bird in the pits. Since Formula E dropped the rule stipulating a minimum time for the stops, that’s given the taller drivers like myself a bit of a disadvantage. At the end of the day it’s simple physics – I’ll just never get out of my car as quickly as Sam can, especially as the steering wheel and the seatbelts can’t come off until you’ve stopped. There’s no chance.

When Abt had a problem in the second stint that put Sam and I up a position, and I was a strong fourth. But then the overheating issue happened again. Mitch Evans came past me for fourth, and then Felix Rosenqvist got me at the end for fifth. But by that stage it was just about scoring points, and to come away with sixth was a positive.

Even though the next round in Rome is a month away, I’m so busy in between now and then, and I’m going to be lucky to get a day at home – especially because, as I write this, the airport is closed because of electrical storms… I’ve got simulator work to learn the Rome track, testing with Aston Martin ahead of the FIA World Endurance Championship, and a training camp with Aston. It’s going to be busy – but first I’d just like to get home!