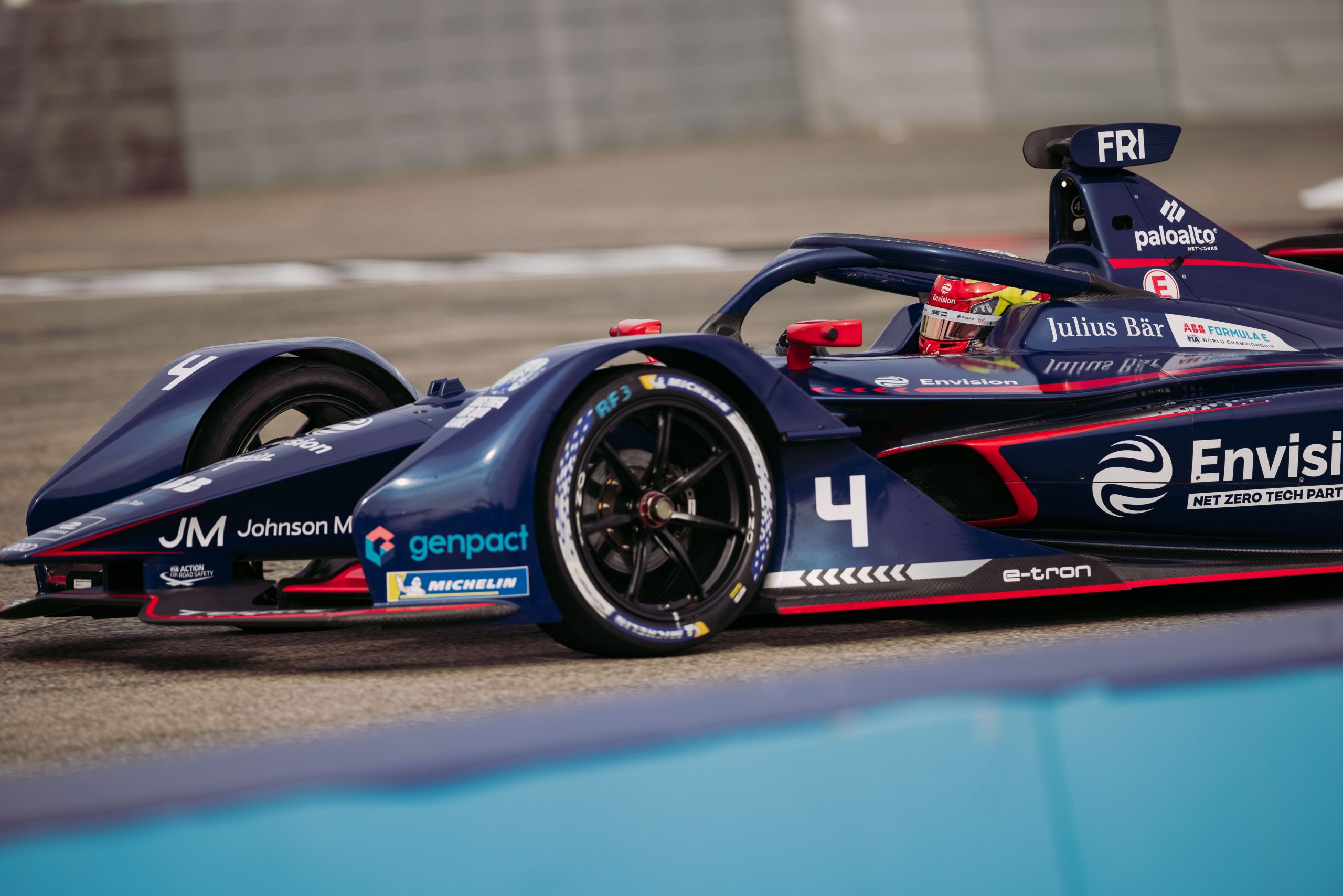 Under blue skies in Berlin the penultimate round of the ABB FIA Formula E World Championship kicked off with 18 drivers mathematically in contention for the title, including both Envision Racing drivers Robin Frijns and Nick Cassidy.

45 minutes and one lap of the Berlin Tempelhof circuit later, Frijns’ ended a heroic bid for points, recovering from a difficult qualifying session to finish 16th after starting 23rd and running as high as 13th mid-race. Despite scoring no points Frijns is still in the title hunt heading into Sunday’s championship finale and will start Round 15 in Berlin fifth in the standings, just six points off top spot.

Similarly, Envision Racing started the weekend at the top of the Team’s standings and despite being knocked off the summit following the first race in Berlin still look strong and will start the final race of the season in third place and just six points behind new leaders Jaguar Racing. 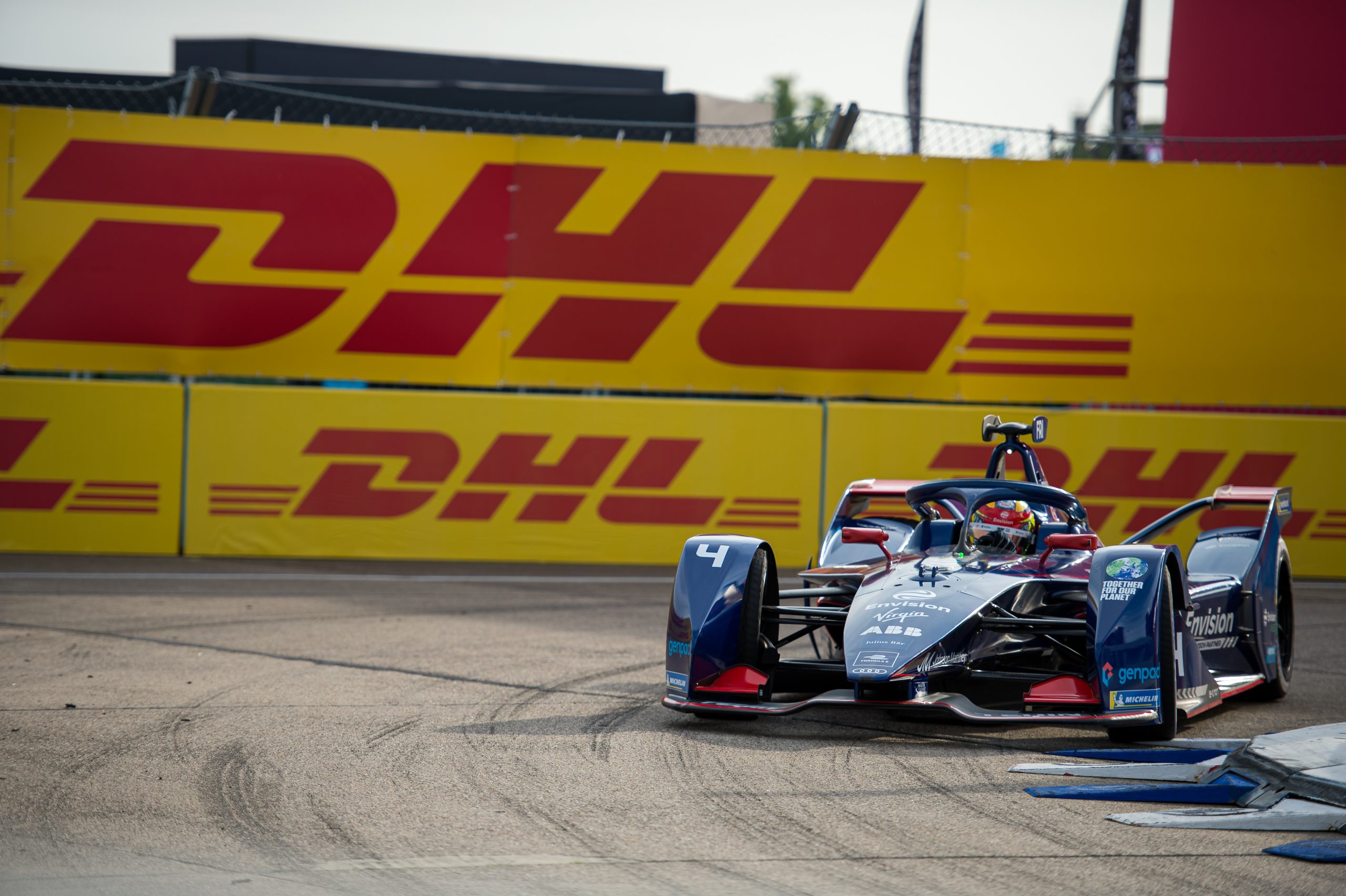 Frijns’ Envision Racing’s team-mate Cassidy ended qualifying for race one in a creditable 13th place from the Q2 group and by the end of lap one was in 11th, where he would remain for several laps, as the field proceeded with caution, with little overtaking or contact, headed by Jean Eric Vergne.

With 35 minutes remaining, Cassidy slipped back to 14th as team-mate Frijns started to move forward. This season Robin Frijns has made a name for himself as a man who can fight his way through the field, and those attributes needed to be front and centre in Berlin.

Blaming his lowly grid position on a small mistake in qualifying, Frijns played a waiting game during the opening laps, holding station at the rear of the pack and saving energy.

With 32 minutes remaining a safety car was deployed due to Sam Bird’s stricken Jaguar and Frijns found himself up in 16th place. When racing got back underway the prospect of points was a distinct possibility for the Envision Racing driver. 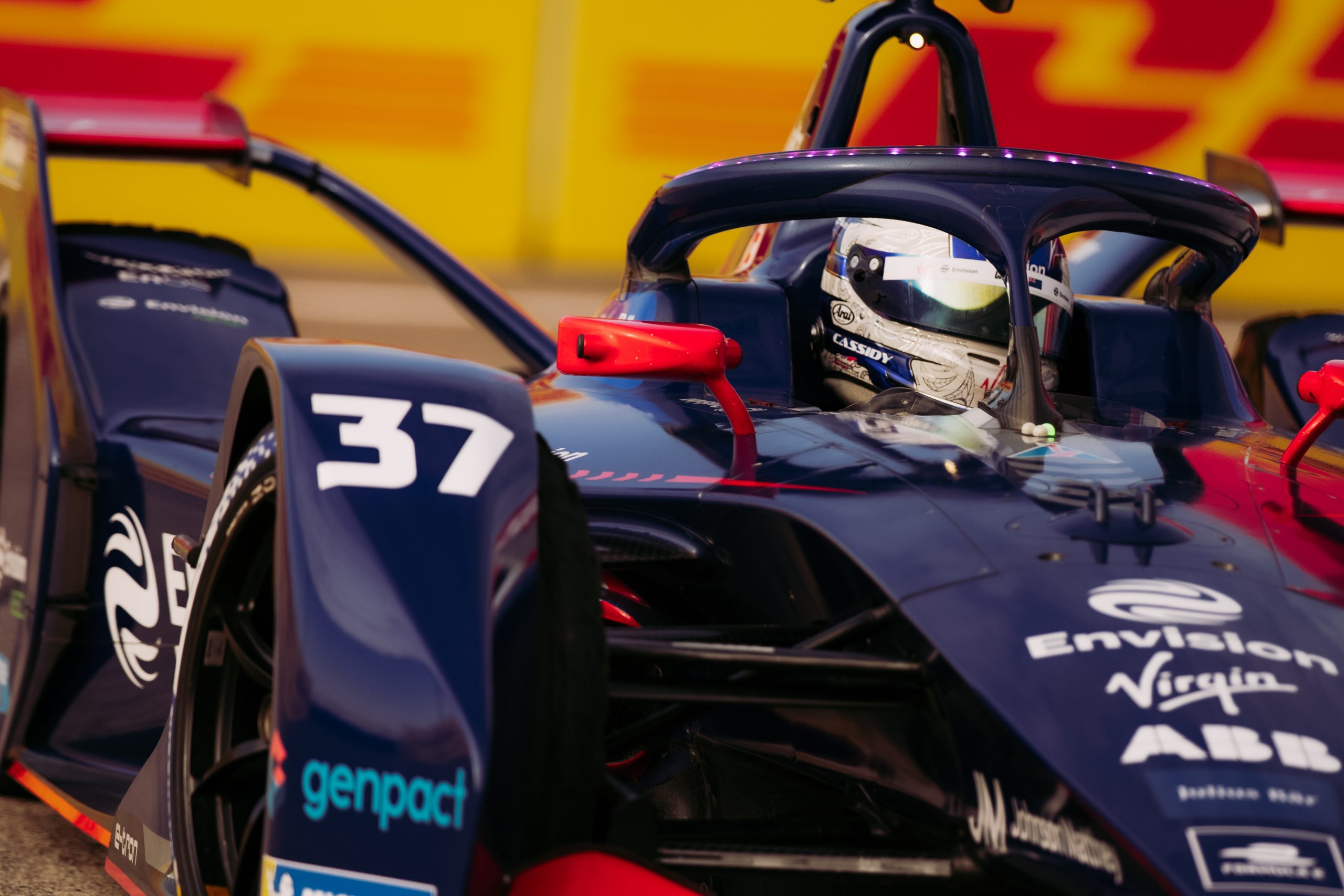 A points paying result for Frijns looked an even closer possibility with 20 minutes remaining. The Dutchman ghosted into 13th place as early leader Vergne slid backwards through the field with the two Audi cars moving to the front with Lucas di Grassi leading team-mate René Rast in the German manufacturer’s final Formula E weekend.

Audi’s one-two didn’t last long as the two Venturi cars cycled to the front with Edoardo Mortara leading as further back Frijns hunted down Sébastien Buemi only to have his progress baulked by a pass from Alex Lynn.

Entering the final ten minutes, both Envision Racing machines were line astern in 15th and 16th, with Cassidy activating his Attack Mode and leading Frijns. Cassidy soon moved up into 14th, showing strong late race pace and at the chequered flag Frijns found himself once again one place behind team-mate Cassidy with the pair finishing 14th and 15th respectively. At the front di Grassi took the victory by a car’s length ahead of Mortara with Mitch Evans in third place.