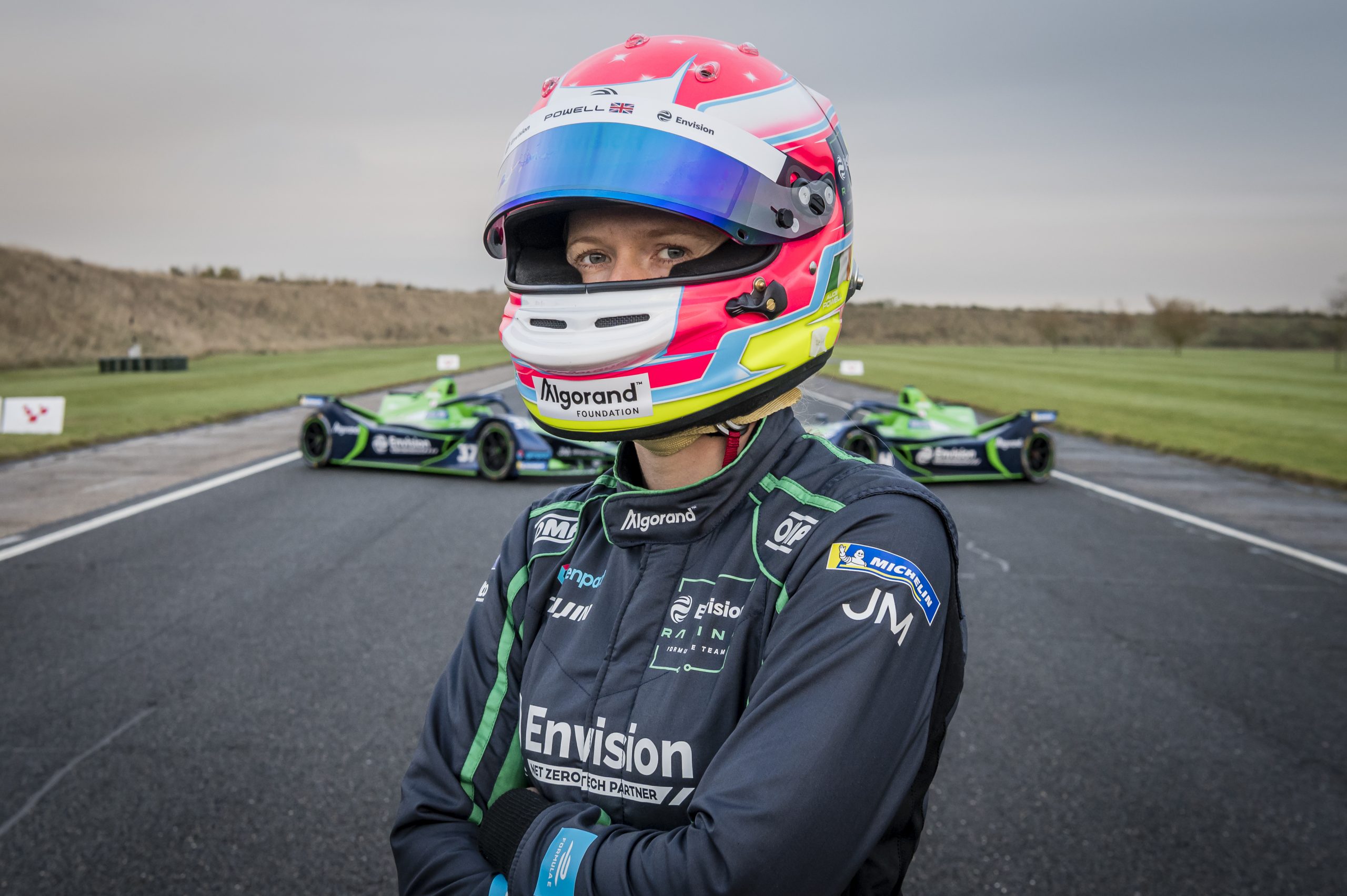 Alice started racing when she was just 8 years old, after being a racing fan from a very young age. In 2010 at the age of 17, she became the youngest racer and first woman to win a Formula Renault championship and, in 2012, the first female driver to score points in the GP3 Series.

In 2014, she competed again in Formula Renault and added to her championship victories by taking first place in the International Class of the 2014 Asian Formula Renault Series. Following a short hiatus due to lack of funding, in 2019 Powell returned to racing as one of the 18 women selected to compete in the inaugural season of the W Series championship. During the course of the season’s six races, Powell took four podium finishes, including a win at the series finale in Brands Hatch, and finished third in the championship standings.

In 2020 Powell took part in the ABB FIA Formula E World Championship Season 6 Rookie Test with Envision Racing. She was confirmed to take part in the Season 7 Rookie Test of the all-electric series again with the Silverstone-based team and to compete in the 2020 championship of the W Series before both events were cancelled due to the COVID-19 pandemic.

In 2021 Powell returned to the W Series and won the opening race of the year at the Red Bull Ring, finished second in the championship having entered the season finale level on points.

2022 saw Powell continue her development role with Envision Racing, attending the first race of Season 8 in Saudi Arabia as a reserve driver for the team. She completed extensive simulator work for all of the races across the season, which saw Envision Racing bring home 6 podiums. Another successful campaign in W Series in 2022, with Powell currently sitting in second in the championship with 3 rounds remaining.