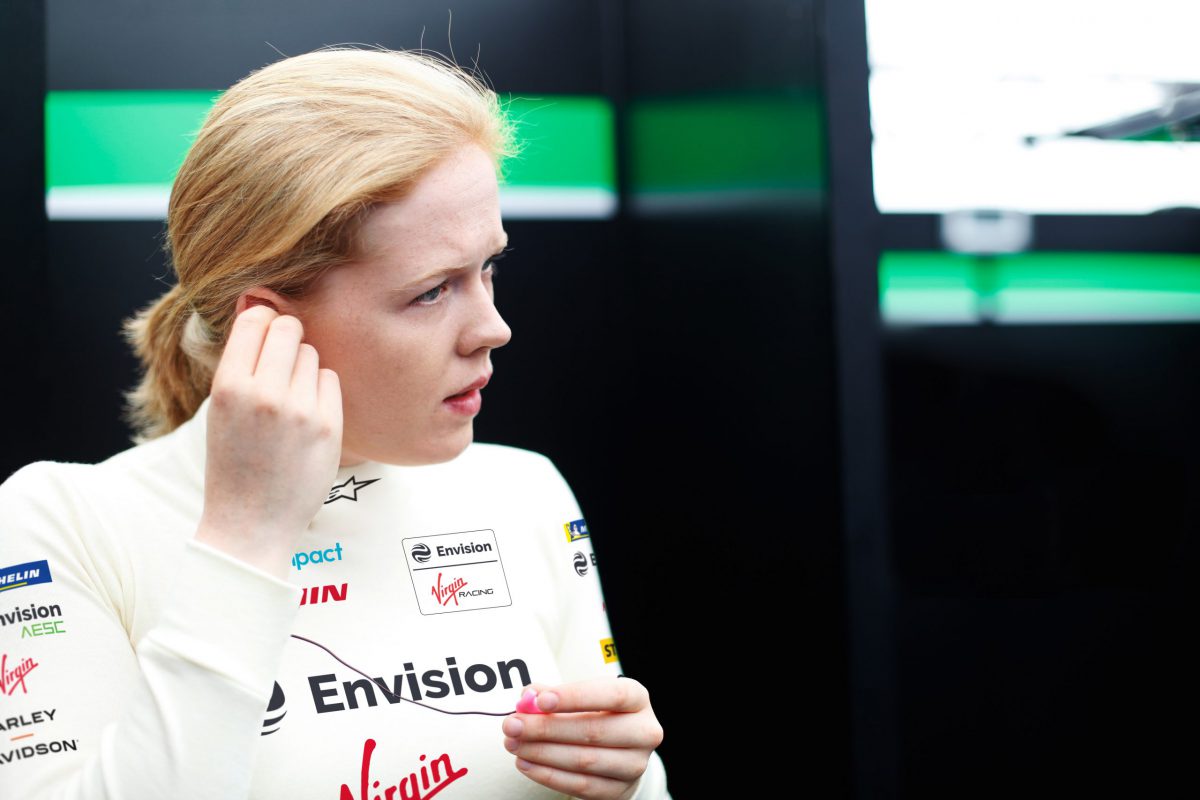 Leading British female racing driver Alice Powell has been chosen by the Envision Virgin Racing team to be one of its two rookie drivers to take part in the only in-season test of the current Formula E season on Sunday 1 March.

Powell, 27, who made a recent return to single-seater racing with the female-only W Series, will get her first taste of the all-electric Formula E car following the Marrakesh E-Prix.

When she’s not racing, Powell spends her time working as an ambassador for Dare To Be Different (D2BD), a non-profit organisation that inspires, connects and showcases women who work in every aspect of racing. She is also an established driver coach in motorsport and aims to use her experience in Formula E to continue to inspire other young female drivers.

“Firstly, I’d like to thank the team for the opportunity to test their Formula E car – it’s an amazing experience and I can’t wait to jump into the car now, especially having spent time on the team’s simulator.

“My work as an ambassador for D2BD allows me to inspire young female drivers and this test will really help further that. I’m also looking forward to working with the team and helping them to extract as much data as possible from the test to help them this season.”

Sylvain Filippi, Envision Virgin Racing’s Managing Director, added: “It’s great to have Alice on-board for the Marrakesh test, as someone who has already driven in an electric championship, she’ll bring a great understanding of the technical elements of the car.

“She’s spent a lot of time getting to learn the car and the track on our simulator in Silverstone and as a team we’re looking forward to getting her out on track.

“As an ambassador for Dare To Be Different, Alice is a also great role model to aspiring young women in racing, something we as a team fully support.”

Envision Virgin Racing will announce their second driver for the Marrakesh test later this week.