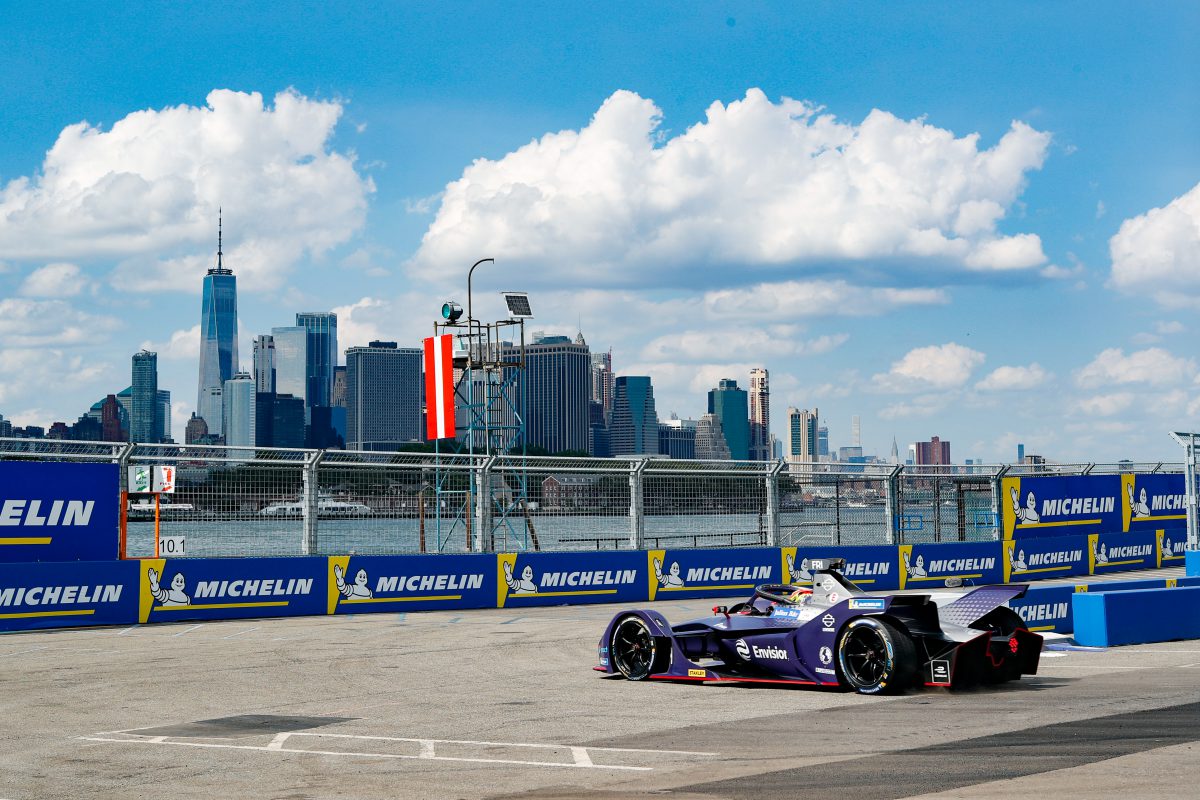 A STRONG QUALIFYING FOR ENVISION VIRGIN RACING IN NEW YORK

Envision Virgin Racing has put themselves in a strong position to score a large haul of points as both Sam Bird and Robin Frijns qualified in the top ten.

Bird made it through to Superpole during group qualifying after ending the session second fastest.

But the British driver was unable to replicate his group qualifying lap in Superpole as the 32-year-old locked up at left-hander of Turn 1 which put him half a second down on the provisional pole lap.

Then in an effort to win back the time lost Bird locked up at the Turn 10 hairpin, but Bird set the fastest final sector in Superpole which proves that there is strong pace in the car.

Robin Frijns- who still has a shot of the championship- will start in ninth place with a lap time of a 1:10.854.

The Dutchmen finished ahead of championship leader Jean-Eric Vergne by one place. Frijns needs to beat Vergne by 20 points in the race to keep his championship hopes alive.

Next up for the team is the race, which takes place at 16:04 (local time). UK fans will be able to watch the race on the BBC Red Button or the BBC Sport website.