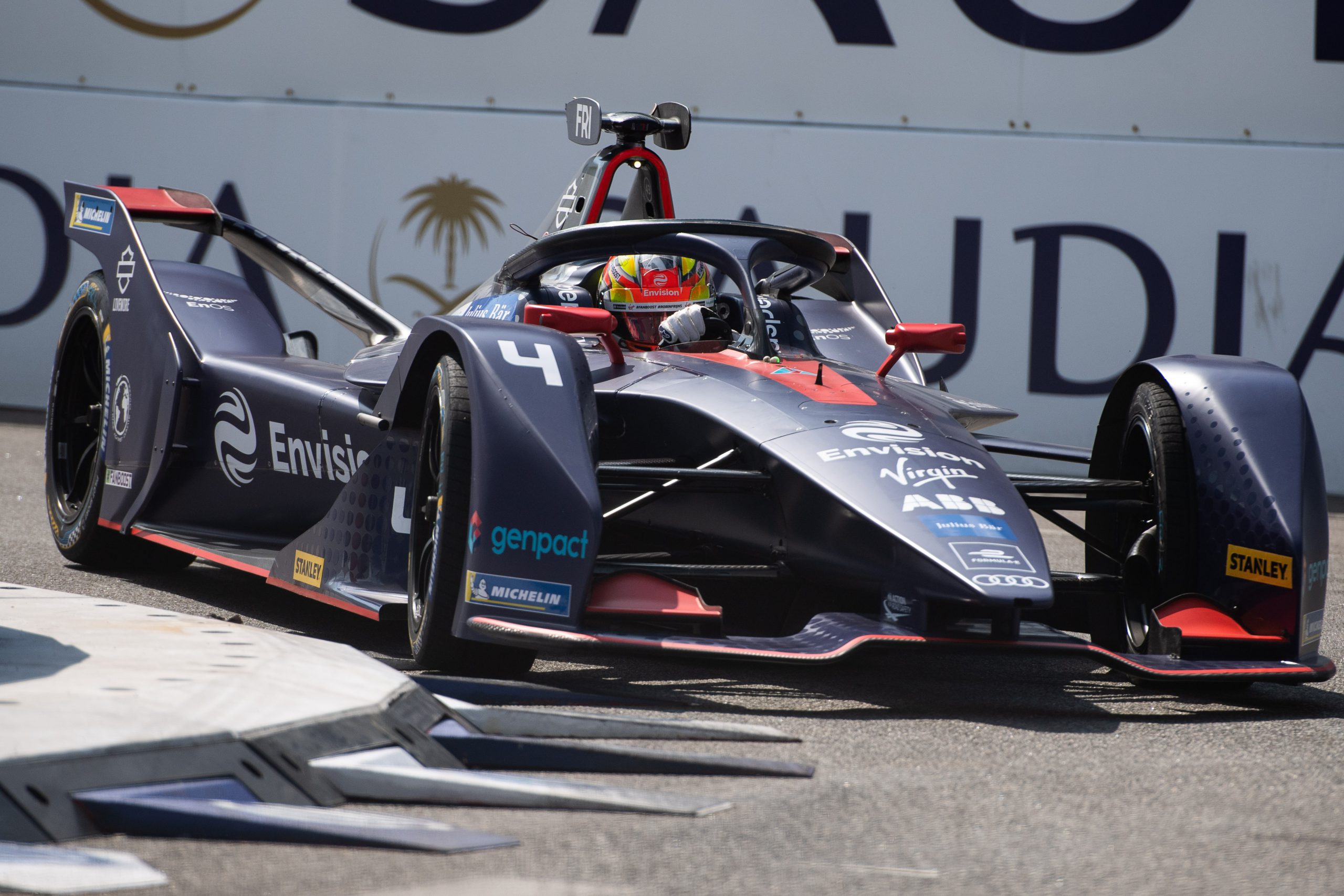 A COMPETITIVE START FOR ENVISION VIRGIN RACING IN NEW YORK

Envision Virgin Racing had a competitive start to the final race weekend of the season in New York.

In the final half-hour practice session of the day, the team focused on getting the right setup for qualifying which Robin Frijns ended fifth fastest with a lap time of 1:10.083s.

Sam Bird – who has won twice at this track before – ended practice seventh quickest with a lap time of a 1:10.198s.

In the morning session, the team spent the first half of it focusing on race preparations around the  2.320km, 14-corner track before running at qualifying speeds in the second half.

Frijns gave the team a good benchmark on his 250kW lap as he set the third fastest time with a 1:10.193s, two tenths off Alexander Sims fastest time.

Bird was one of the last drivers to set his 250kW lap, but the Brit was hampered with traffic seemingly at every corner of the Brooklyn street track and ended the session in 18th.

Next up for the team is qualifying which gets underway at 11:45 am local time. Both Frijns and  Bird will qualify in Group two ahead of the New York E-Prix.